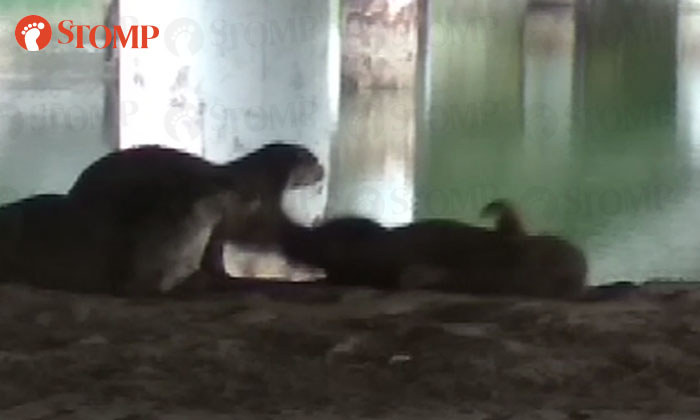 Stomper Yong Seng was cycling on the Park Connector (PC) along Punggol Waterway Park at 10.30am on May 30 when he saw a group of otters under a flyover.

In a video shared by Yong Seng, three otters are seen lounging on the ground, before two of them started wrestling with each other.

The two otters then made the third otter join in on their fight as well.

One of the otters then pulled away from the group to lie down, and it appeared to be kicking its friend in its face when the latter approached.

The three otters then continued lying down on the ground next to one another.

Yong Seng said: "It was my first time seeing this. I would have stayed longer but I had to leave because I had other matters to attend to.

"The otters were gone when I came back about half an hour later.

"I just wanted to share this because it was a rare sight."