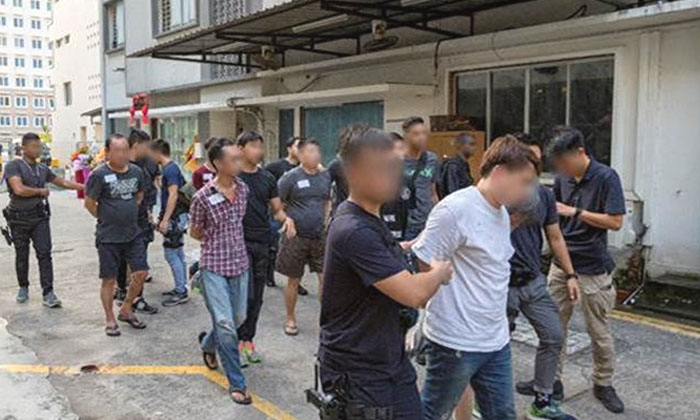 Sixty-one men and five women, aged between 17 and 63, were arrested on Oct 24 for their suspected involvement in gang-related activities, operating of illegal gambling dens, and other criminal activities, in a large-scale operation against a suspected Organised Criminal Group (OCG).

Cash amounting to S$428,720, jewellery, watches, mobile phones and gambling paraphernalia were seized during the operation.

To prevent the dissipation of suspected criminal proceeds, the police also froze the suspects’ bank accounts.

Investigations against all the suspects are ongoing for offences under the Organised Crime Act 2015, Common Gaming Houses Act and Societies Act.

Under the Organised Crime Act 2015, any person who is or acts as a member of a locally-linked OCG shall be liable on conviction to a fine up to $100,000, or jailed up to five years, or both.

"This operation was conducted as part of Police’s ongoing efforts to disrupt and dismantle OCGs.

"The police will remain resolute in our enforcement efforts against such groups, so as to keep Singapore safe and secure.”