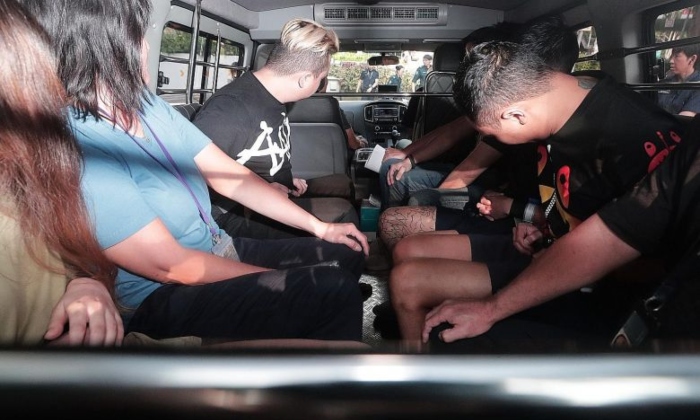 The Attorney-General's Chambers (AGC) has asked the police to investigate social media users who have alleged that the accused people in the Orchard Towers murder were given preferential treatment in sentencing on account of their race.

In a statement on Friday (Oct 16), the AGC refuted claims that the courts impose sentences based on the race of offenders, and said it will not hesitate to take action against those who make such false and baseless allegations.

It is also not true that members of minority races are given harsher sentences, the statement added.

Such allegations, the AGC said, have the "potential to disrupt racial harmony in Singapore, and cause irreversible divisions in our communities".

The AGC added that it has asked the police to investigate those responsible for alleging in several social media posts that those accused of being involved in the death of Mr Satheesh Noel Gobidass last year were given preferential treatment.

It added that the comments could also run afoul of the law on contempt of court.

On July 2 last year, Mr Satheesh, 31, died after being involved in a brawl at Orchard Towers.

Seven people were involved in the incident.

After thorough investigations, the AGC found that six of them were not involved in causing Mr Satheesh's death, leading to the charges against them being reduced.

The seventh person, Tan Sen Yang, is the only one now facing a murder charge.

In the statement, the AGC said: "At no point did the police and AGC take the race of the deceased and the seven individuals into consideration in its decision.

On Thursday, one of the accused, Mr Chan Jia Xing, 27 was given a 12-month conditional warning after facing a lesser charge of consorting with a person carrying an offensive weapon in a public place.

The AGC said the crime he was charged with took into account Mr Chan's involvement, how he tried to stop the attack and his cooperation with police investigations. He could return to court if he re-offends within a 12-month period.

A conditional warning does not amount to a conviction or a finding of guilt, and does not leave a criminal record - meaning Mr Chan will face no further action if he does not commit any crimes for a year.

Siow was given five months' jail last Friday in addition to the 3½ months she had earlier spent in remand.

The AGC said the sentences imposed were in line with guidelines issued by the courts.

All seven involved in the case had gone as a group to the Naughty Girl Club on the second floor of Orchard Towers in the wee hours of July 2 last year. They were about to leave at around 6.20am when they ran into another group, and a dispute ensued.

Mr Satheesh was killed after he confronted one of the men who, along with the man's friends, attacked him.

The brawl was captured by cameras outside a shop on the first floor of Orchard Towers. Closed-circuit television footage showed Mr Satheesh exchanging blows with some people before stumbling to the ground.

He appeared to be bleeding from the neck, while bystanders tried to help him.

Mr Satheesh was taken to Tan Tock Seng Hospital and died at 7.25am.