Orchard Towers killing: Natalie Siow saw fight and had 'urge to join in' 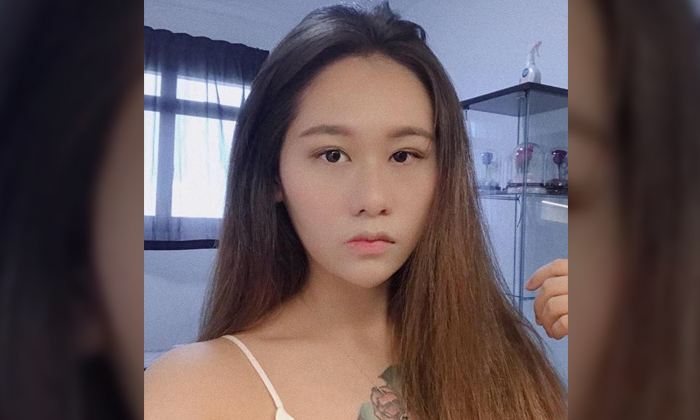 Natalie Siow Yu Zhen was the third person linked to the case to be dealt with in court.

The 24-year-old Singaporean pleaded guilty to assault and being in the company of one Tan Sen Yang, 28, who had a kerambit knife in his possession at the shopping mall that day.

The weapon is a curved blade resembling a claw.

One count of behaving in a disorderly manner in public was considered during sentencing.

Two men linked to the incident - office administrator Joel Tan Yun Sheng and hotel receptionist Ang Da Yuan, both 26 - were dealt with in court in March.

Ang who pleaded guilty to similar charges was sentenced to eight months’ jail and six strokes of the cane. Joel Tan admitted to a single assault charge and was sentenced to four weeks’ jail.

These four along with three other men - Tan Hong Sheng, Loo Boon Chong and Chan Jia Xing - were charged with Mr Satheesh Noel Gobidass’ murder last year. Joel Tan, Ang and Siow had their murder charges later reduced to that of assault.

Tan Hong Sheng, 23, Loo, 26, and Chan, 27, had their charges reduced to that of consorting with a person carrying an offensive weapon in a public place.

Tan Sen Yang is the only one still facing a murder charge. The cases involving him, Loo, Chan and Tan Hong Sheng are still pending.

Siow and her group had gone to the Naughty Girl Club on the second floor of Orchard Towers in the wee hours of July 2 last year.

While there, she played a game with Tan Sen Yang who lost two rounds and had to down alcoholic drinks.

Siow jokingly said that he was not a good drinker and he responded by taking out a kerambit knife and slamming it on a table.

Joel Tan then asked him to put the weapon away and not show it around. Joel Tan also warned Siow not to offend Tan Sen Yang.

Their group was about to leave the club at around 6.20am when they ran into another group walking in.

Deputy Public Prosecutors Ang Feng Qian, Dora Tay and Benedict Teong stated in court documents: “There was therefore some congestion at the doorway. As Joel stepped out with the rest of his group, he heard an exchange of terse and vulgar words between (Tan Sen Yang) and persons from the other group. Secret society slogans were exchanged between the accused persons’ group and the other group.”.

The club’s security officers , including Mr B. Barathkrishnan, 41, stepped in to intervene.

Other people, including Mr Satheesh, 31, and a man identified as Mr Muhammad Fairus Muhammad Ali, 30, also began gathering near the entrance.

The court heard that Tan Sen Yang then took out his kerambit knife and swung it around, slashing Mr Barathkrishnan’s finger and Mr Fairus’ face.

The prosecutors said: “Meanwhile, Natalie saw the fight and she had the urge to join in. Natalie dashed towards the persons at the doorway and jumped at people.

“She also flipped a table positioned near the club entrance onto the floor. She had to be repeatedly pulled back by persons from the accused persons’ group.”

After some scuffling, someone shouted “police” and Siow’s group took a lift to the ground floor.

Mr Satheesh also took an escalator down and confronted Ang. A scuffle broke out between the two men. The court heard that Joel Tan, Tan Sen Yang and Siow joined in the scuffle.

The prosecutors said: “(Tan Sen Yang) swung the blade of his kerambit knife at the region of the victim’s lower jaw and neck in a punching motion with his right hand and slashed him a few times. Immediately after that, there was a lot of blood on the victim’s face.”

The attackers and their group left the shopping mall soon after. Mr Satheesh collapsed face-first onto the floor and was pronounced dead at Tan Tock Seng Hospital at around 7.30am.

Defence lawyer Amarick Gill who represented Siow told the court on Friday that his client had learnt her lesson.

The lawyer added that she had earlier faced a capital charge and the experience had been “extremely harrowing” for her. The court heard that Siow is also very sorry about Mr Satheesh’s death.