Orchard Plaza slashing: Not the first time a fight has broken out in building 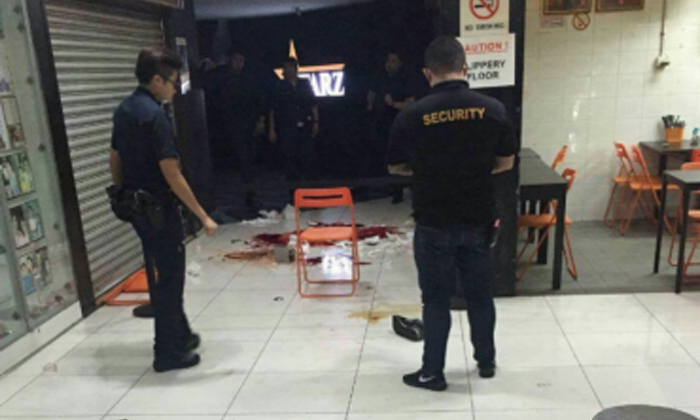 Shop tenants at Orchard Plaza expressed little surprise over the Nov 27 incident in which a 28-year-old man was slashed in the neck at around 5am.

Stomper David had alerted Stomp to photos that showed the victim lying in a big pool of blood, after they were posted on Facebook page Best Viral Videos, before being taken down later.

The victim, identified as Mr Yeo Zhen Jie, was taken semi-conscious to Tan Tock Seng Hospital, where he is now in a stable condition in the intensive care unit.

A Police spokesperson told Stomp that a 23-year-old man was arrested in relation to the case.

Chinese newspaper Lianhe Wanbao reported that the victim was dining at the Thai eatery with a friend, after visiting a night club on the fifth storey, when the incident took place.

According to The Straits Times, tenants at Orchard Plaza said it is not the first time a fight has broken out in the building, which houses several nightclubs.

A florist on the fourth floor, the same level where the slashing occurred, added that things tend to get rowdy at night and on weekends.

"The glass window of my shop front has been shattered about four times," said the woman, who has also found blood stains on her glass shop window on several occasions.

"I don't find the blood stains scary, I'm used to it," she said, adding that "the fights there are usually over girls".