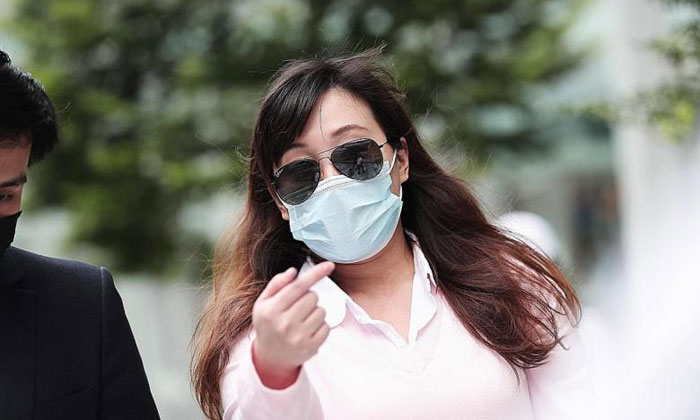 The operator of pet hotel Platinium Dogs Club was charged on Monday (June 15) with animal abuse and other offences involving 10 dogs.

Charlotte Liew, 31, faces 13 charges, including six counts of failing to ensure that a number of dogs were provided with adequate food and water.

Those found guilty for this offence under the Animals and Birds Act can be fined up to $40,000 or jailed up to two years, or both.

She was also charged with one count of not ensuring that dogs under the pet hotel's care were protected from or rapidly diagnosed of significant injury or disease.

For instance, according to court documents, Liew was accused of not taking a shih tzu, named Pika, to a veterinarian despite the dog having multiple injuries visible.

She was also said to have not fed a Jack Russell terrier, named QQ, its low-fat diet, and did not take the pet to a veterinarian despite its unresponsive condition, which led to QQ’s eventual death.

Liew was accused of causing unnecessary pain or suffering to a few dogs, such as not cleaning a chow chow called Whisky periodically and letting it sit in its own urine and faeces for long periods, and not giving it medical attention.

She allegedly lied to a public servant as well, by providing false information to an officer from the then Agri-Food and Veterinary Authority (AVA) regarding the whereabouts of a shetland sheepdog named Prince.

The pet had died while boarded at the facility. She then intentionally obstructed the course of justice, by engaging a pet cremation service provider to cremate Prince, destroying evidence that was relevant to investigations into the dog’s death.

The dog owner had paid $945 to check Prince into the facility in December 2018 before she went overseas.

Liew was also accused of failing to make reasonable efforts to recover a dog when it went missing.

Lastly, Liew faces a charge for not registering a business under the Business Names Registration Act, and a charge over abetting a person to give false information to the Registrar of Business Names.

The police, National Parks Board and the Accounting and Corporate Regulatory Authority said in a statement on Monday that the agencies have conducted thorough investigations into various aspects of the case and all parties involved are advised to refrain from speculating or commenting on the case until after the court proceedings are over.

Liew’s case has been adjourned to July 8.

Platinium Dogs Club, a pet boarding facility which advertises a variety of services on its website, including overnight board for dogs, day care, and grooming, has had run-ins with the authorities.

In December 2018, the pet boarding house in Bukit Panjang was raided by the authorities following complaints that pets in its care were allegedly mistreated.

The then Agri-Food and Veterinary Authority subsequently took temporary custody of animals found on its premises.

Law and Home Affairs Minister K. Shanmugam later weighed in on the matter, reassuring Singaporeans in a Facebook post in January last year that thorough investigations would be conducted and anyone who has engaged in illegal acts would face the consequences.