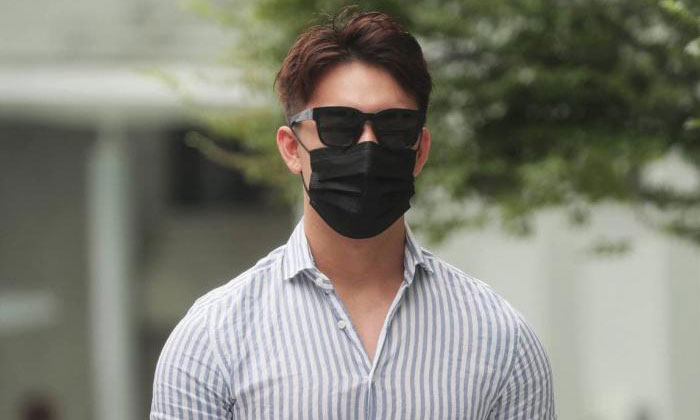 Appearing in court in person and dressed in a striped long-sleeved shirt, the 22-year-old Singaporean was given one charge each of transmitting obscene materials electronically and failing to comply with an order prohibiting him from accessing his OnlyFans account.

Three similar charges were handed to him in December last year, bringing the total number of charges to five.

Low is believed to be the first OnlyFans content creator in Singapore to be prosecuted for transmitting obscene materials on the platform.

Low, whose account currently has 209 posts and 338 media files, charges a $20 monthly subscription fee for his content.

Between April and October last year, Low is said to have uploaded 32 sexually explicit photographs and 29 videos on his OnlyFans account under the username tituslow22.

He also purportedly uploaded 20 obscene photographs and 14 videos between November and December that year.

On Oct 11 last year, he was issued an order by a police officer not to access his OnlyFans account, but he is accused of breaching the order.

He is accused of accessing his account again in November last year.

The police said in an earlier statement that they had received a report on Sept 4 last year claiming Low had uploaded images and videos of his private parts to his OnlyFans account.

Even after police seized his account and ordered him not to access it, he allegedly wrote to OnlyFans administrators, claiming that his account was not secured.

Low later regained access to the account and is said to have continued to electronically transmit more obscene materials on it as well as on a secondary account.

The police said: "It is illegal under the Penal Code to transmit any obscene materials by electronic means.

For each count of transmitting obscene materials by electronic means, an offender can be jailed for up to three months and fined.

For breaching the order, Low can be jailed for up to six months and fined up to $5,000.