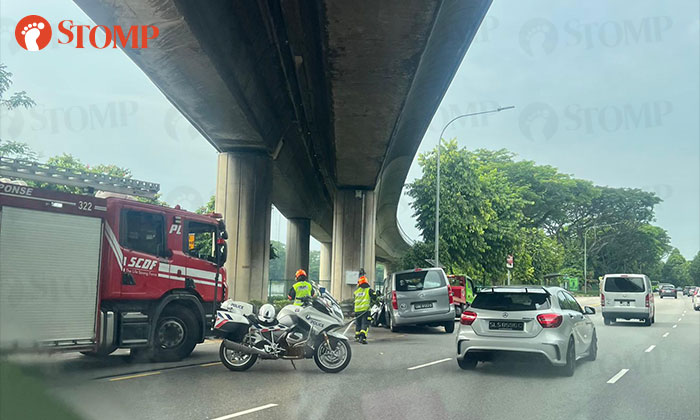 One person was taken to hospital after a van skidded along Lentor Avenue towards Ang Mo Kio Avenue 6 on Wednesday morning (Sept 14).

A Stomper alerted Stomp to the incident and shared photos he took of the scene.

A Singapore Civil Defence Force (SCDF) fire engine is spotted at the scene.

In response to a Stomp query, the police said: "At 7.40am, the police were alerted to an accident involving a van which was believed to have self-skidded along Lentor Avenue towards Ang Mo Kio Avenue 6."

The SCDF was alerted to the accident at 8.20am.

"SCDF assessed another person for minor injuries and the person subsequently refused conveyance to the hospital."