One last ride: Daughter dies after ramming car into tree while sending mum to hospital in Malaysia 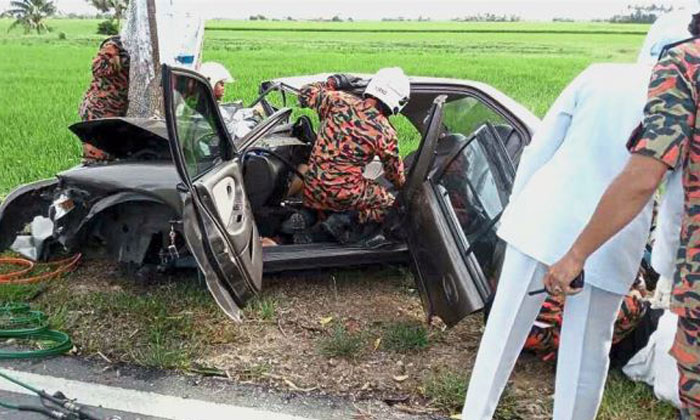 Looi Choon Li, 24, took leave to send her mother to the hospital, but never got to complete her last journey.

The assistant hairdresser died after her car skidded and rammed into a tree at Jalan Yan, near Kampung Pisang.

Meanwhile, her mother and brother who were also on board the car, had sustained serious injuries during the accident.

Choon Li who worked in Penang had driven to the family house at Taman Awana in Yan early Wednesday (Jan 4) morning to fetch her mother, Ch'ng Ai Kam, 55, for a medical check-up at the Sultanah Bahiyah Hospital.

According to The Star, the trio were headed to Alor Setar at around 9.30am when the incident took place.

The 24-year-old is believed to have lost control of her car -- thus skidding before ramming into a tree on the opposite side of the road.

State Fire and Rescue Department public relations officer Fire Supt Nor Hafizah Muham­mad Lukman said a team from the Yan Fire Station arrived at the scene at 10.03am.

“The driver of the car died while the two injured passengers were removed from the car by passers-by."

The mum and son were conveyed to Sultanah Bahiyah Hospital immediately while Choon Li's body was handed over to the police for further action.