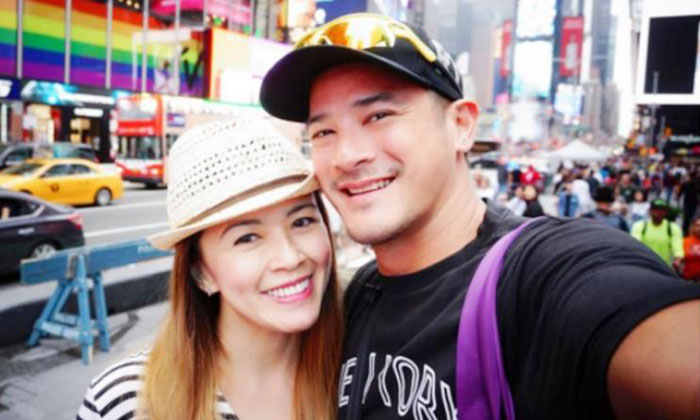 After one miscarriage and a failed in-vitro fertilisation (IVF) attempt, local ONE FM DJ Melody Chen is expecting twins.

She is four months pregnant after conceiving naturally, but does not know the sex of the babies yet.

The 39-year-old and her husband, local actor Randall Tan, 43, had been trying for a baby ever since they got married about nine years ago.

Chen suffered the miscarriage in 2012.

The IVF procedure in February this year had been the couple's last-ditch attempt to get pregnant.

Chen, who turns 40 in November, told The New Paper: "I was very disappointed when it didn't work out because I had high hopes.

"With the effort put in and all the jabs they gave me, I thought it would work 70 to 90 per cent of the time."

And because of the cost- the IVF procedure cost a five-figure sum - and Chen's fear of needles, they had no plans to try again.

But following their return from a Hong Kong holiday two months ago, a visit to the gynaecologist revealed the unexpected development: Chen was eight weeks pregnant.

Her initial reaction was to "curse and swear".

Chen said: "The happiness hadn't set in yet. I was more of 'What have I done?'.

"I climbed a mountain, I got drunk on sake, I ate all raw meat... it was like the worst (things) you could possibly do (when you are pregnant)."

When she told Tan, he was also shocked and they spent a sleepless night pondering the surprise news.

Though the babies are a blessing for Chen, hers is a delicate pregnancy as a result of undergoing Loop Electrosurgical Excision Procedure surgery (a process to remove abnormal cells in the cervix) a few years ago, during which her cervix was shortened.