One expensive accident: Toyota driver fails to brake in time and crashes into Lamborghini 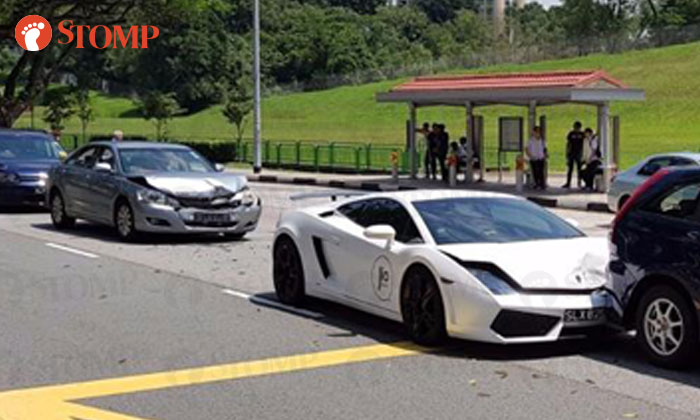 A Toyota driver crashed into the rear of a Lamborghini, causing a chain collision.

Stompers Ah Boy and Adamson alerted Stomp to the incident and shared a video and photos that have been circulating on WhatsApp.

According to a time stamp on the video, the accident happened on May 2 at around 11.46am.

However, it is unclear where this took place.

In the video taken from the rear of the Lamborghini, the driver of the Toyota clearly did not manage to brake in time and rammed into the back of the supercar.

From the photos, the impact caused the Lambo to hit the car in front of it as well. 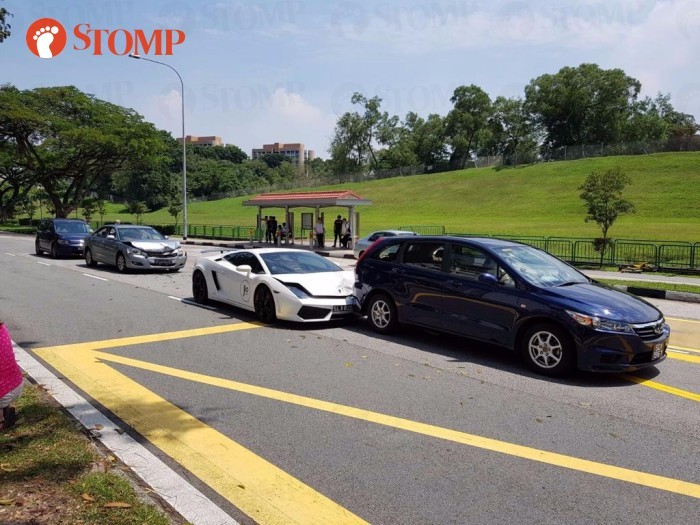 Related Stories
2 injured after McLaren and taxi get into accident at Yishun Ave 1
Nissan GT-R driver crashes into barrier after speeding off and losing control of car
Guy borrows $1.6 million Lambo -- and totally wrecks it in Thailand
More About:
accident
Lamborghini
supercar
chain collision