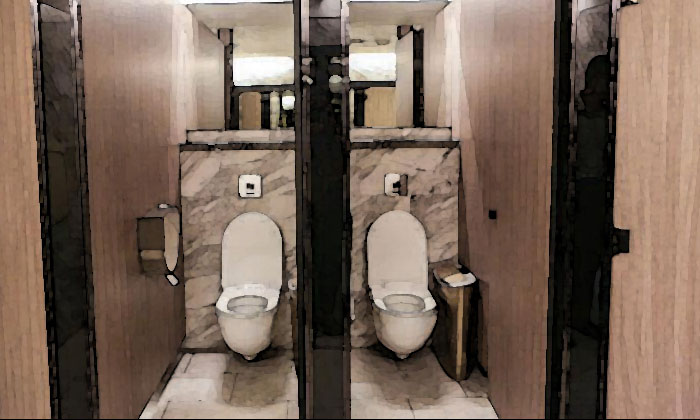 A male security guard on duty at Suntec City performed oral sex on a drunk man, who was lying motionless on the floor of a toilet after a heavy drinking session.

Low Chih Kin, 35, pleaded guilty to one count of performing a non-consensual sexual act and was sentenced to six years' jail and three strokes of the cane yesterday (Nov 21).

According to The Straits Times, two molestation charges involving the same man were also taken into consideration during the sentencing.

A court heard that the 36-year-old victim, an assistant building manager with an asset management firm, had been drinking with colleagues at the convention centre and mall on May 6, 2017.

At about 1am, the victim went to the toilet on the ground floor and ended up lying on the floor.

His wife called him at about 2.45am as he had not arrived home yet.

"The victim, who was still lying on the toilet floor at the time, was able to make out that his handphone was ringing, and surmised that his wife must have been trying to reach him.

"However, due to his level of intoxication, the victim was unable to open his eyes - let alone move his hand to answer his handphone - to respond to the calls," said Deputy Public Prosecutor Eunice Lau.

After 15 minutes, Low saw the man lying on his side at the entrance of the toilet.

Feeling sexually aroused, he performed oral sex on the man, who was unable to fight off the security guard or open his eyes.

However, the court heard that he could feel Low committing the offence.

Low was caught on a closed circuit television leaving the area after he was done.

At around 3.15am, the victim, who cannot be named for legal reasons, finally answered his wife's call and she rushed to Suntec City to help him.

The man managed to tell her that he had been sexually assaulted despite his condition.

After his wife alerted the police, the man was taken to Tan Tock Seng Hospital.

The court heard that Low was arrested after being traced through the CCTV footage.

For committing the non-consensual sexual act on the man, he could have been jailed for up to 20 years and fined or caned.