On-duty Aetos officer robbed Jurong shop of over $24k with note saying: 'I got gun in my pocket' 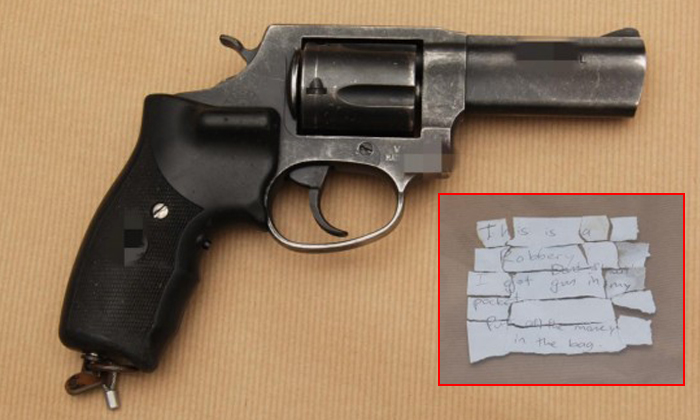 A 38-year-old Aetos auxiliary police officer was arrested after allegedly robbing a store in Jurong while carrying a gun on Monday (April 12).

The police said they were alerted to a case of armed robbery at a unit along Jurong Gateway Road at about 3.55pm.

Preliminary investigations revealed that the man had allegedly committed the robbery by showing the staff in the unit a written note which said: "This is a robbery, don’t shout. I got gun in my pocket. Put all the money in the bag". 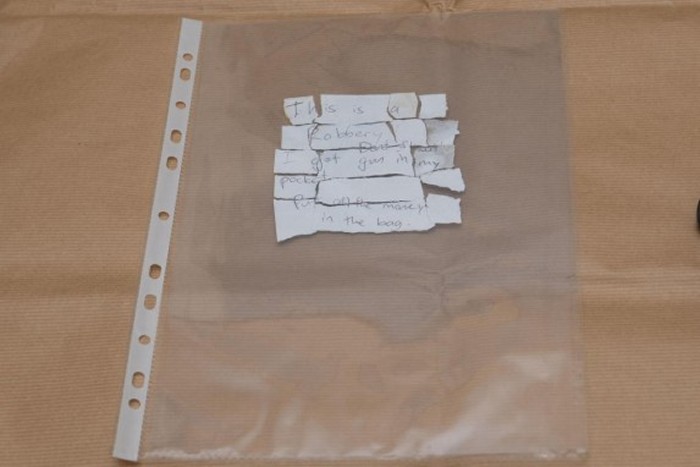 "While the man was allegedly carrying a firearm during the commission of the offence, he did not reveal the firearm to the staff," police said in a statement on Wednesday.

The man is believed to have acted alone.

He was identified as an on-duty Aetos auxiliary police officer through extensive investigations and images from police cameras and shop CCTVs.

The police worked with Aetos to arrest the man, who was nabbed within five hours of the reported crime.

According to the police, the man had reported to work at Aetos' headquarters and drawn his firearm prior to the commencement of his deployment.

He then changed out of his uniform and left the headquarters with his firearm without authorisation, and allegedly committed the robbery.

The man subsequently reported back to the headquarters, where he changed into his uniform and took the company's transport van to his deployment location.

Investigations revealed that the man had purportedly deposited part of the stolen cash into the bank account of a 34-year-old woman, who is his female friend.

He also transferred the stolen cash to a few bank accounts to repay his debts to unlicensed moneylenders.

"The woman had also allegedly facilitated the transfer of the stolen cash and she was arrested for dishonestly receiving stolen property under Section 411 of the Penal Code," police added.

Eight other people, aged between 16 and 48, have also been arrested for the same offence in connection to the case.

A portion of the stolen cash amounting to about $17,500 has since been recovered and efforts are underway to recover the remaining stolen cash. 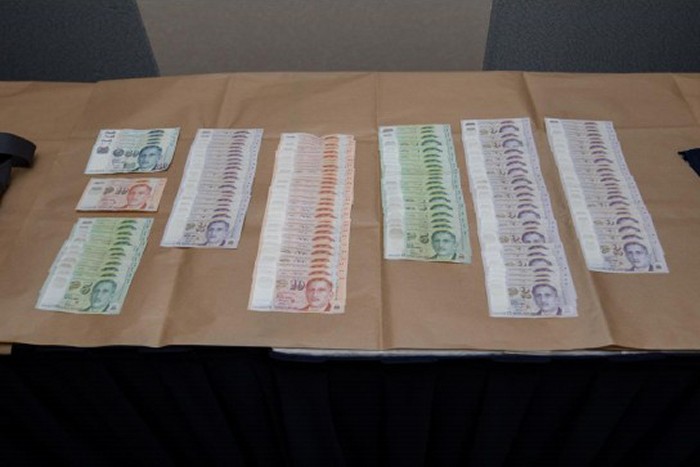 The man will be charged in court on Wednesday with being in unlawful possession of arms or ammunition in the commission of a scheduled offence under Section 3(3) of the Arms Offences Act.

If convicted, he faces life imprisonment and at least six strokes of the cane.

The woman will be charged in court on the same day with dishonestly receiving stolen property, which is punishable with a jail term of up to five years and/or a fine.

Director of the Criminal Investigation Department and Senior Assistant Commissioner of Police How Kwang Hwee said: "The man involved in the armed robbery abused the firearm entrusted to him to carry out his duties.

"We managed to do so without harm being caused to the public, given the risk that the robber was allegedly carrying a firearm.

"The police will spare no effort to ensure that such criminals who endanger the public’s safety are dealt with firmly and severely in accordance with the law."