OMG! Is this the largest rat in the world? 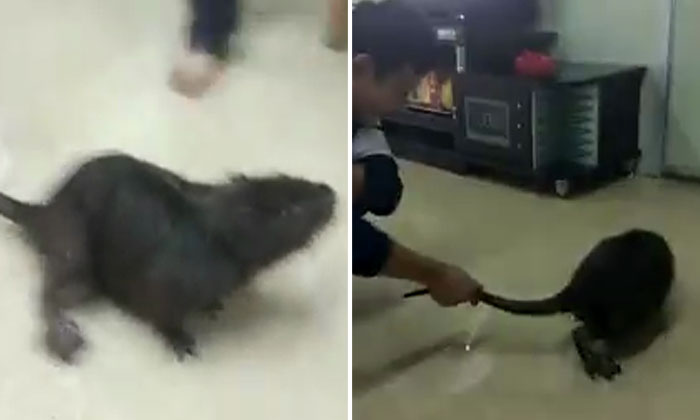 A video of what appears to be a giant rat is circulating on social media.

Netizens all over the world are amazed at the sight of the creature.

In the video, a man holds on to the animal by the tail as it crawls in his home.

It is unclear if it is a pet or wild creature.

Many expressing disgust at the huge rat-like animal while others think it is actually kind of cute.

However, some netizens have pointed ot that it is probably a nutria or muskrat.

These are swamp rats that are much larger than normal rats, and are often mistaken to be abnormally large rats.