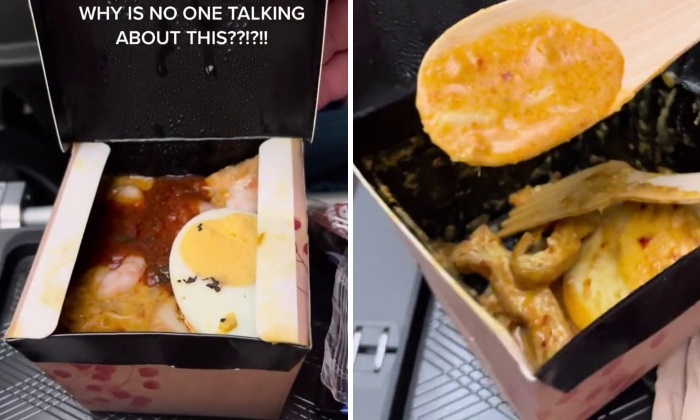 When someone says "Singapore seafood noodles", what do you picture in your mind?

If you Google ;it, chances are you would see images of Hokkien mee, mee goreng and prawn noodles.

For one woman on a Singapore Airlines (SIA) flight home from a Bangkok holiday on Saturday (May 28), "Singapore seafood noodles" turned out to be what she least expected – the best in-flight meal she ever had.

So much so that she had to make a TikTok video to rave about it.

"Oh, my god," the TikToker who goes by the name LadyNomNom exclaimed in a video posted on Monday (May 30), asking why no one had told her this so-called Singapore seafood noodles are so good.

The content creator recounted how she overheard the flight steward ask a Caucasian passenger in front of her: "Sir, would you like chicken pasta or Singapore seafood noodles?"

She wondered what 'Singapore seafood noodles' were.

But when the steward spoke to her, she was sked instead: "Chicken pasta or laksa?”

Both LadyNomNom and her husband shouted together: "Laksa!" 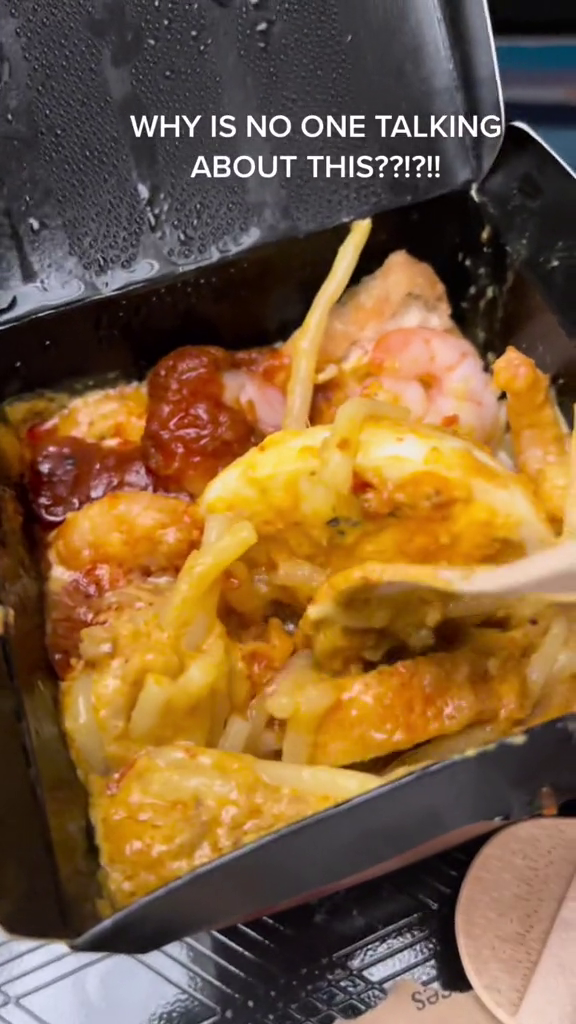 In the video, which was narrated mostly in Mandarin with some English, LadyNomNom opened the box of laksa to be overwhelmed by the smell, exclaiming how fragrant it was. She was also impressed that it was not dry laksa but came with gravy.

The portions were "very generous", filled with prawn, fish cake, tau pok and half a hard-boiled egg. "But I don't eat egg," she said. "Never mind. Still a lot to eat."

The noodle was "QQ" and the soup was so "robust and thick" that she said: "I wanted to bring the bowl to my mouth and drink the soup, but that would be very disgusting. So I didn't."

She ended the video by declaring it the "best aeroplane meal".

While the TikTok video made a few netizens suddenly crave laksa, others were entertained by LadyNomNom's reaction to the food. Even Changi Airport chimed in. 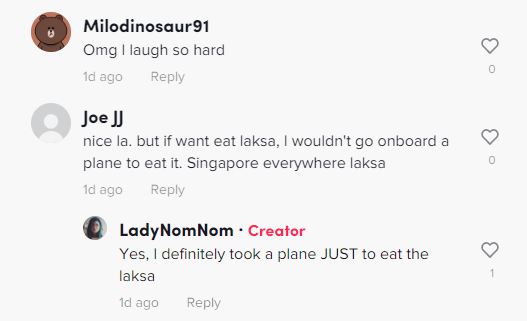