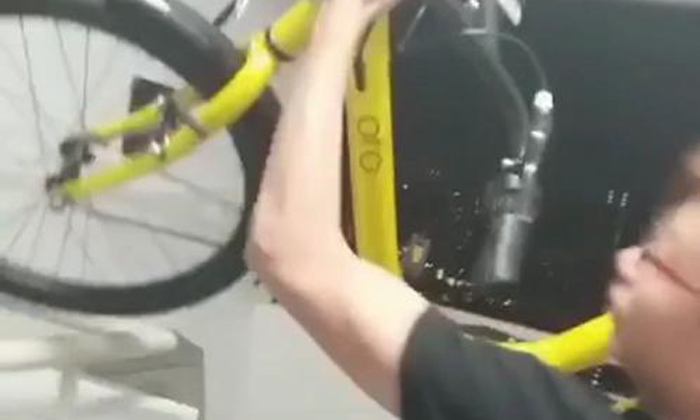 A 14-year-old youth involved in a case of an ofo bicycle being thrown down from the 30th floor of Block 116B Jalan Tenteram was arrested by the Police yesterday (Jun 15).

In a 12-second video circulated online, a youth is seen picking up the bicycle and throwing it down the building as someone else films it.

According to a news release by the Singapore Police Force (SPF) today (Jun 16), the Police arrested a 14-year-old youth who is believed to be involved in the case.

The Police said that on June 15, they received several reports regarding this incident.

Officers from Ang Mo Kio and Tanglin Police Division conducted extensive ground enquiries and the suspect was subsequently arrested on the same day.

Investigations against the suspect are currently ongoing.

The Police also added in the news release:

"The Police take a serious view of such dangerous acts that endanger the lives of others and will take swift action against the perpetrators."