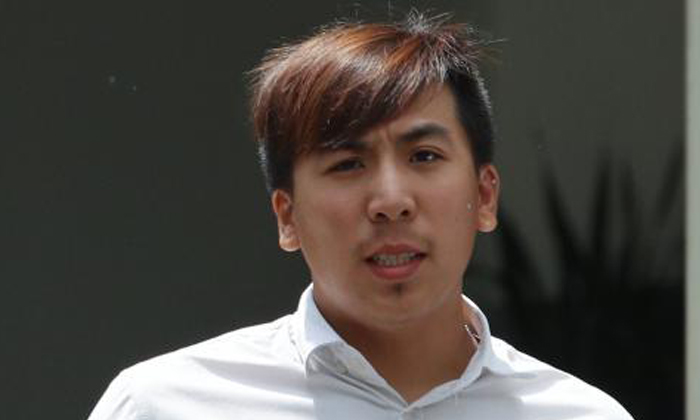 Afraid that his fishing gear would be confiscated, a student elbowed an officer from the National Parks Board (NParks) and fled the nature reserve.

At about 3pm on July 8 last year, Tan was fishing illegally with three friends at a freshwater pond at the Sungei Buloh Visitor Centre.

Although the pond is open to the public, "No Fishing" signs were placed all around the area.

Three NParks officers were approaching the group when they began to flee. While Tan's friends escaped, he was detained by the officers after his fishing gear fell out of his bag.

He asked the officers if he could pack his fishing gear and they allowed him to do so.

But after he was done packing, he suddenly attacked one of the female officers, elbowing her arm and chest.

Tan then broke free and escaped, running towards his friends nearby.

While Tan was able to escape with two of his friends, the remaining friend was caught.

The men were later identified in follow-up investigations and Tan was arrested.

He admitted to fishing at the pond despite knowing it was illegal and said he ran away as he did not want to be fined and have his gear confiscated.

He also said that he will not commit any crimes again.

Related Stories
Youths fishing at Merlion Park have been identified and will be counselled: PUB
Man fishes at Punggol Waterway despite warning signs around
Man catches anglers fishing and people cycling illegally at 3 nature reserves
More About:
NParks
illegal
fishing