NUS suspends dentistry student who tried to strangle ex-GF, pressed her eye until it bled and she blacked out 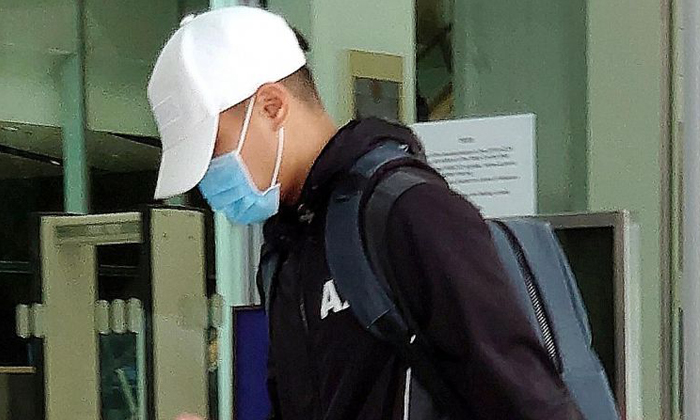 A National University of Singapore (NUS) dentistry student who tried to strangle his former girlfriend when she refused to resume their relationship is facing ongoing disciplinary proceedings by the university.

He is currently suspended and is not allowed on campus, NUS said in a Facebook post on Monday (July 20). The university did not say when he was suspended.

The statement from NUS comes after the student, Yin Zi Qin, 23, was handed community-based sentences last Friday by the court after pleading guilty to one charge of voluntarily causing hurt, with another charge of criminal trespass taken into consideration.

Community-based sentences are non-jail sentences introduced in 2010, which give the courts more options in sentencing criminals for minor offences so that the punishment fits the offence better. Offenders will retain no criminal records for the offence if the sentence is successfully completed.

Yin was given a short detention order for 12 days and a day reporting order for five months, whereby offenders have to report to a centre for monitoring and counselling as well as undergo rehabilitation. He was also given an order to complete 80 hours of community service over a year.

In its post, NUS said it "stands strongly against any form of misconduct" and that it has in recent days received feedback concerning the sentencing of the student.

The NUS spokesman added that it does not have the jurisdiction to investigate matters beyond the university, noting that the incident occurred off-campus.

"In this particular incident, NUS had to wait for the completion of court proceedings to gather the facts of the case, before initiating the disciplinary process... The university is proceeding with this disciplinary matter as quickly as we can," the spokesman said, adding that students who have breached NUS statutes and regulations face severe sanctions, including suspension and expulsion.

The statement added: "We have also very recently discovered that the victim in this case, who was not an NUS student at the time of the incident, is now a member of our community. With this new knowledge, a strict no-contact order has been issued to ensure the safety of the victim."

NUS added that the victim’s school is in contact with the victim, and has extended support and assistance to her. The school is working closely with the NUS Victim Care Unit.

According to court documents, Yin was in his second year of a dental course at NUS and had dated the 21-year-old victim for almost two years at the time of the offence. In May 2019, the victim broke up with Yin over WhatsApp and he later entered her home with an access card she had previously given him.

She returned home to meet him and they entered her bedroom together by climbing into her window from an adjacent showroom unit.

Yin pleaded with her not to end their relationship, but she refused. He then hit his own head against the wall and remained silent for a while. He then said he was upset while the victim asked him to listen to her.

He then suddenly placed his hands on the victim's neck and tried to strangle her. After she struggled, he released his grip and pressed his thumb against her eye, causing it to bleed.

She later blacked out. Her vision was temporarily impaired, with a prolonged eye infection that took five months to resolve. In August 2019, the victim reported that she did not suffer any permanent injuries, apart from a few scars on her neck.

In his judgment, District Judge Marvin Bay noted that the victim suffered a degree of psychological harm from the incident, which she said caused her to suffer from insomnia and nightmares of Yin breaking into her house or assaulting her.

But Judge Bay said he was satisfied that Yin was not at high risk of re-offending.

He added that, while it was plain to him that probation would not be appropriate, Yin's relative youth, rehabilitative prospects and lack of previous convictions made community based-sentences a viable option, rather than a conventional jail sentence.

For voluntarily causing hurt, Yin could have been jailed for up to two years and fined up to $5,000.

Related Stories
Survivor of BF's assault now hopes to help others: 'I put up with the abuse as I was scared to lose him'
Probation for NUS student molester: AGC files appeal against court decision
26 incidents of sexual offences reviewed by NUS Board of Discipline over past 3 years, no expulsions
More About:
abuse
assault
NUS
student
couple
dispute