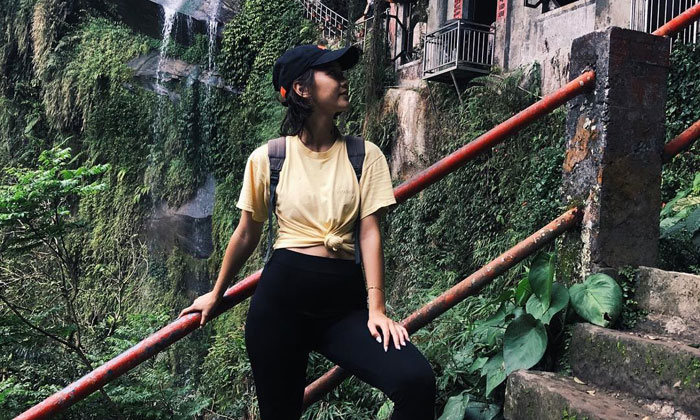 The executive committee of the National University of Singapore’s (NUS) students’ union (NUSSU) has responded to an incident where a male undergraduate was caught taking a video of a female student showering in her hostel's bathroom and given a 12-month conditional stern warning.

Monica Baey, 23, took to Instagram on Friday (Apr 19) to publicise how she was recorded by a fellow student and personal friend while she was showering in her hostel bathroom at Eusoff Hall last November.

In response to a Stomp media query regarding Monica's demand for firm action to be taken against the peeping Tom, Associate Professor Peter Pang, Dean of Students, NUS, said in a statement that the university will set up a committee to review its current disciplinary and support frameworks.

In a statement posted on its Facebook page, the NUSSU exco said it condemns any form of sexual harassment which it said is a "serious community problem that everyone has a responsibility in handling".

It added that it encourages any victim of sexual harassment to report it to the university and is currently in the process of clarifying who had told Monica that she should not report the matter.

"However, justice needs to consider both the victim and the perpetrator, and needs to be proportionate," the exco said.

It said that while the discussion on the issue of sexual harassment and this particular case is important, it strongly urges its fellow students not to harass the undergraduate who took the video of Monica.

Following NUS's statement, Monica told Stomp that she and a group of NUS students put together their own statement of concern regarding the university's "approach towards sexual harassment."

She is one of 489 signatories.

The statement said: "While we understand the University’s need to maintain a balanced position on the matter and to keep in line with precedence, we find the punishment meted out in this case problematic because it signals to the NUS community at large that i) our University does not credibly enforce its stance against sexual voyeurism as a serious offence; ii) those who commit such an offence can arguably expect to receive a relatively light sentence; and iii) survivors of sexual violence and harassment will not receive adequate institutional and social support even if they voice their concerns to the relevant authorities."