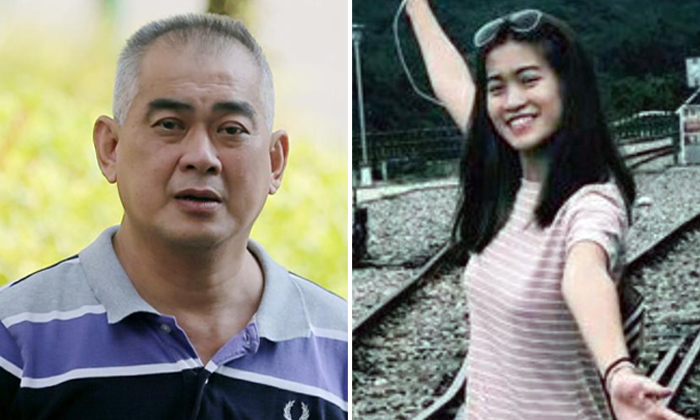 A former taxi driver whose negligence in making a discretionary right turn at a signalised junction in Clementi Road resulted in the death of a National University of Singapore (NUS) student was sentenced to eight weeks’ jail.

On April 19 last year, the four passengers boarded Yap's taxi at Clementi Mall in Commonwealth Avenue West at around 7.30pm.

They instructed him to take them to Tembusu College at NUS.

When Yap arrived at the cross junction of Commonwealth Avenue, he stopped the taxi when the traffic lights turned red.

When the lights turned green, he moved forward into the right-turn pocket.

He stopped and checked for vehicles coming from the opposite direction. The green right-turn arrow had not come on.

Yap saw a car coming towards him from the opposite direction at a speed of about 92kmh to 97kmh, driven by Ng Li Ning, 21, but decided to make the discretionary right turn anyway.

Ng was unable to avoid the taxi and collided with it.

The court heard earlier that had Ng been driving within the speed limit of 70kmh, the accident could have been avoided.

Ms Ong, who was seated in the rear-left passenger seat, was taken to the National University Hospital. She died of multiple injuries about three hours later.

Mr Lim Jin Jie, who was seated in the rear-right seat of the taxi, was found with blood outside his brain and a spinal fracture, while Mr Zon Lim, who was seated in front, suffered a brain injury. Both men were hospitalised for eight days.

Mr Ting, who was seated in the rear-centre passenger seat, suffered traumatic brain injury and arrived at the hospital in a vegetative state, the court heard.

He was hospitalised for 54 days and was referred to Tan Tock Seng Hospital after his discharge for rehabilitation.

Ng has since been charged with dangerous driving. His case is still pending.

In his sentencing remarks, District Judge Victor Yeo said he did not accept Yap's defence that Ng had been speeding at the time of the accident, and this lessened the taxi driver's culpability.

This is because Yap's "own negligent conduct had resulted in the death of Ms Ong and caused grievous hurt to three others, through no fault of theirs", said District Judge Yeo.

He added that he "could not ignore" Yap's past traffic offences, particularly his red-light violations on three occasions and speeding offences on two occasions.

"These are not minor traffic transgressions... They reflected his attitude towards road safety and unwillingness to comply with traffic laws," he added.