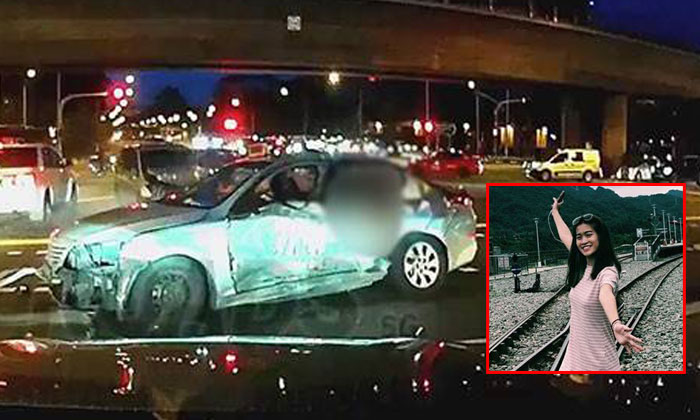 A 54-year-old taxi driver involved in a fatal accident that caused the death of National University of Singapore (NUS) undergraduate Ms Kathy Ong on April 19 has been arrested.

The 19-year-old was sitting in the back-seat of a taxi with three other friends from NUS when it was involved in a collision with a car at the intersection of Clementi Road and Commonwealth Avenue West.

Ms Ong had been nearly flung out of the cab upon impact. She later succumbed to her injuries.

In a statement on Thursday (April 26), the police said: "The 54-year-old taxi driver has been arrested for causing death by rash act."

This incident was one of three fatal traffic accidents that occurred in the last week causing five deaths in total.

On April 22, 23-year-old Ms Jasmine Lim was killed in a collision between the car she was a passenger in and an SMRT bus at the junction of Jalan Anak Bukit and Jalan Jurong Kechil.

A 24-year-old woman, the driver of the car Ms Lim was in, was arrested for causing death by a rash act.

The 25-year-old lorry driver was arrested for causing death by dangerous driving.

The Traffic Police have recorded 38 traffic fatalities between Jan 1 and April 25, a 12 per cent increase from last year.

Investigations are ongoing for all three cases.