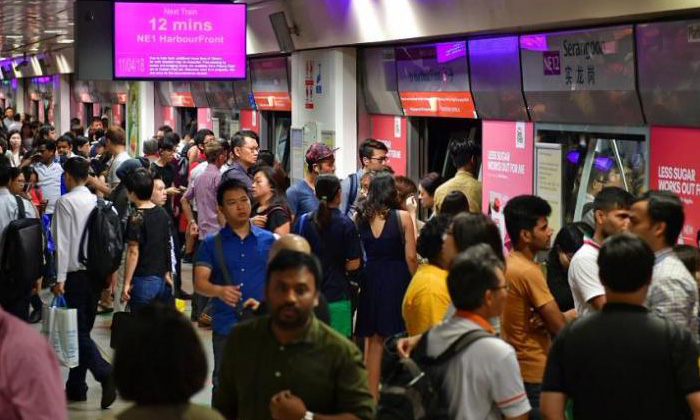 A student from the National University of Singapore allegedly molested a woman twice, once on board a city-bound train on the North-East Line and again at Serangoon MRT Station at around 11.30pm on Sep 11.

He first allegedly molested her while inside the train, and a second time after alighting the train at Serangoon MRT Station.

The woman has identified herself as 28-year-old Karmen Siew, reported The Straits Times.

The man was arrested along Hougang Ave 5 on Sep 16.

According to The New Paper, the victim boarded the train at Punggol MRT Station on Sep 11 at around 11.20pm.

A man, who was sitting next to her, suddenly started touching her thighs.

"He brushed his finger back and forth on my thigh," she told The New Paper.

"I was shocked but wondered if it was accidental.

"I crossed my legs to create more of a gap between us, but then he leaned in and did it again."

She then got up and moved to another seat away from the man, while the man remained in his seat.

"I was flustered when I realised that his touches were not only intentional but getting increasingly daring," she said.

The man then got up and followed her when she alighted at Serangoon MRT Station.

"I was frightened to the core when I saw him follow me," she added.

The victim then felt the man touch her from behind as she was nearing the top of the escalator.

"I felt his finger run between my legs," she explained.

"I yelled a profanity at him because I was so stunned by what was happening.

"I pointed at the man and yelled that he was a molester, hoping someone would stop him."

However, the man managed to tap out and get away.

That night, the victim made a police report and posted about the incident on her Facebook page.

From her post, she was understandably left distraught by the experience.

Many, however, have expressed their support for her through their Facebook comments.

Ms Siew said that she hopes the man who molested her will be dealt with justly and that members of the public will step forward when witnessing such situations.

"I hope that by speaking out more will be done," she said.

"Let this be a deterrent for this who wish to commit such crimes."

Anyone convicted for outrage of modesty under Section 354(1) of the Penal Code, Chapter 224 is liable for a jail term of up to two years, or with fine, caning, or with any combination of such punishments.

The police have arrested a 23-year-old man for his suspected involvement in this case.

The police would like to advise members of the public to adopt the following crime prevention measures when taking public transport: