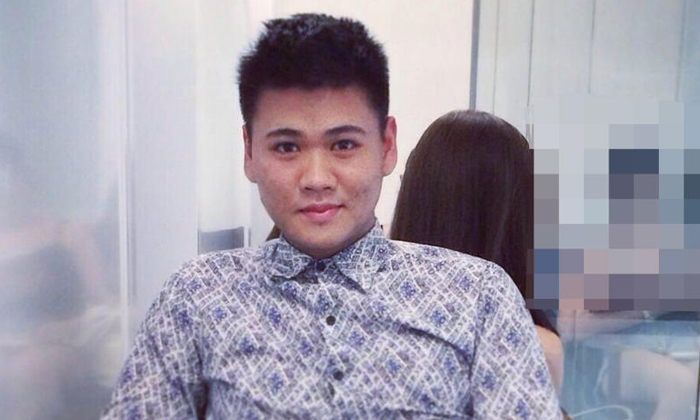 A 26-year-old National University of Singapore (NUS) student allegedly filmed a 23-year-old female student while she was showering in a bathroom at Raffles Hall on Saturday morning (May 11).

In a statement, the police said that they were alerted to the incident at 8.08am.

Joel Rasis Ismail, who resides in the same residential hall as the victim, was arrested on the same day following investigations and with the aid of CCTV footage.

His laptops, mobile phones and other storage devices were seized for further investigations.

The police said: "He is believed to have tried to avoid being identified by changing his attire immediately after he had allegedly committed the offences, and is also believed to be involved in other similar cases."

The accused was charged on Monday (May 13) with one count each of criminal trespass and insulting the modesty of a woman.

A WhatsApp message sent to Raffles Hall residents said that the university is providing the victim with "dedicated support and assistance". 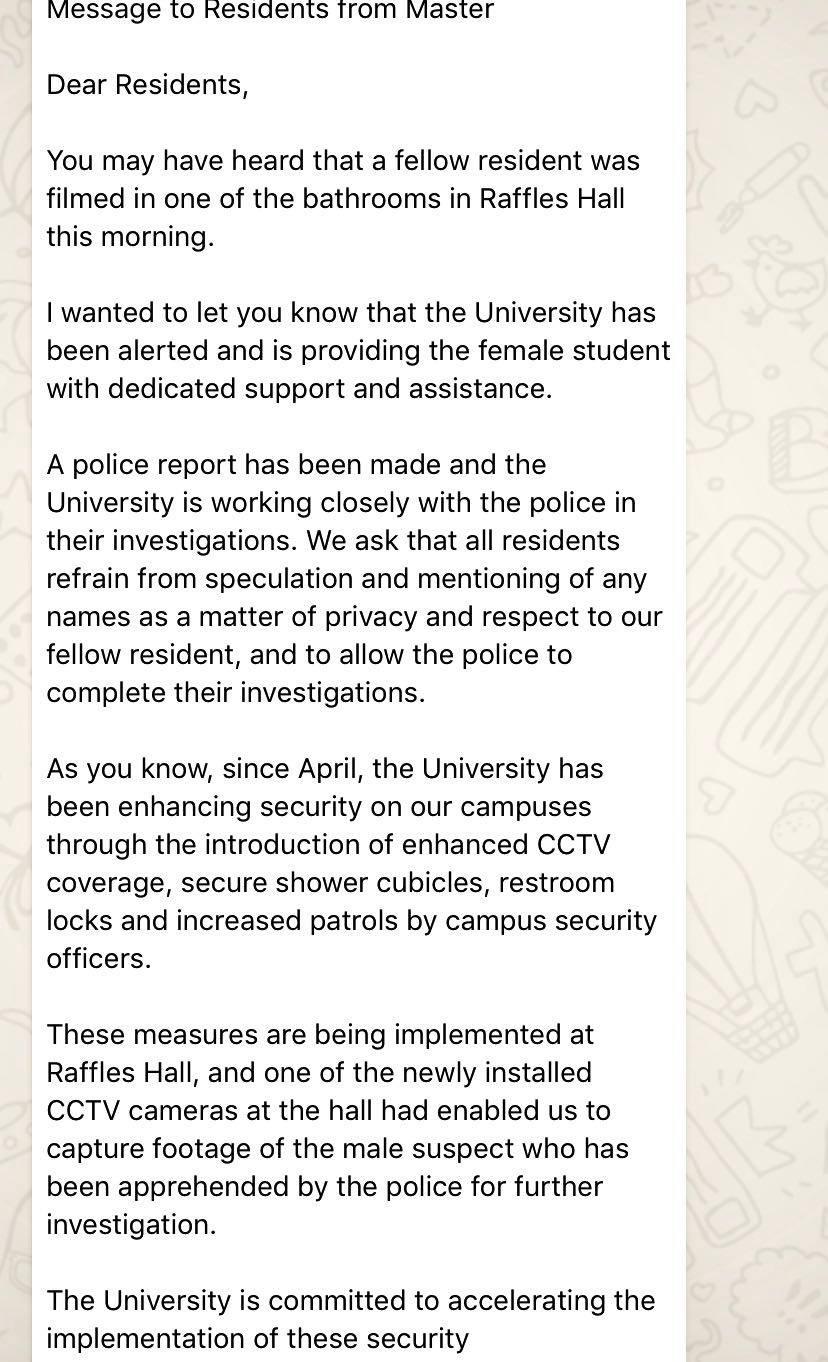 An NUS spokesman also told The Straits Times that the university is working closely with the police in their investigations, and will take the necessary disciplinary actions.

The spokesman said that since April, the university has been enhancing security on its campuses through improved closed-circuit television (CCTV) coverage, upgrading of shower cubicles and toilet locks to make them more secure, and increased patrols by campus security officers.

"All these measures are in the midst of being implemented by Raffles Hall, including the secure shower cubicles which will be installed in the coming weeks," said the director of campus security in a safety advisory e-mail to students and staff on Saturday afternoon.

Joel will be remanded at the Institute of Mental Health for psychiatric observation and will be back in court on May 27, reported The Straits Times.

If convicted of criminal trespass, he faces up to three months in jail and/or fined up to $1,500.

If convicted of insulting the modesty of a woman, he faces a jail term of up to a year and/or a fine.