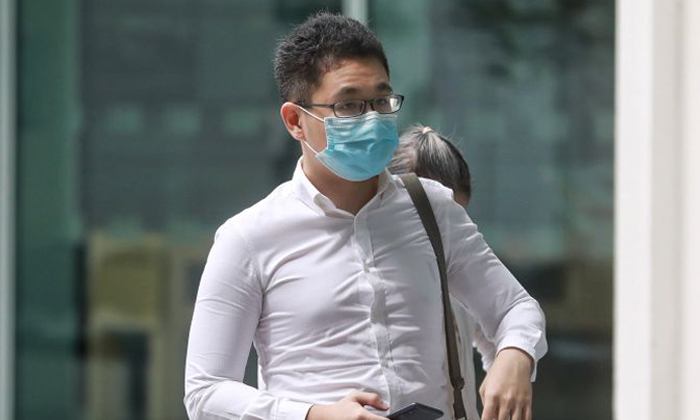 A National University of Singapore (NUS) student who filmed a woman in a shower on campus deleted the videos when he was nearly caught but returned four hours later to film another woman.

Jonathan Angga Dharmawan Jie was eventually caught by a campus security officer who found an incriminating video on his mobile phone.

The 24-year-old, who was a third-year student majoring in engineering science, pleaded guilty in a district court on Friday (June 18) to two counts of insulting a woman's modesty.

The Singaporean has since been suspended by NUS, which in an earlier statement said the university decided to "impose a set of sanctions that will serve as a strong deterrent and reflect the severity of the offences".

"These sanctions include suspension of his candidature from Oct 30, 2019 until... May 7, 2022, a notation of the period of suspension in his academic transcript, mandatory counselling, supervised community service, as well as rehabilitation and reconciliation sessions with a facilitator."

Jie had noticed a 25-year-old woman taking a shower and decided to film her. He placed his mobile phone through the louvres at the bottom of a door and recorded two videos, said Deputy Public Prosecutor Daniel Ling.

The woman was dressing when she noticed somebody looking up at her through the louvres.

The DPP said the woman shouted at the intruder, who then left the toilet.

The court heard that Jie deleted the videos, as he felt guilty. But four hours later, he recorded two clips of a 22-year-old woman who had gone into the same bathroom. The victim, who was rinsing her hair, screamed when she saw his mobile phone. Jie ran away but she later spotted him standing outside "looking concerned".

Campus security arrived at the scene soon after and an officer found an incriminating video on his mobile phone.

Jie then admitted that he had committed the offence to "gain a sense of accomplishment" and he was "a bit tipsy" after downing some alcoholic drinks.

On Friday, DPP Ling urged the court to sentence him to 12 weeks' jail, stressing that his offences involved two victims.