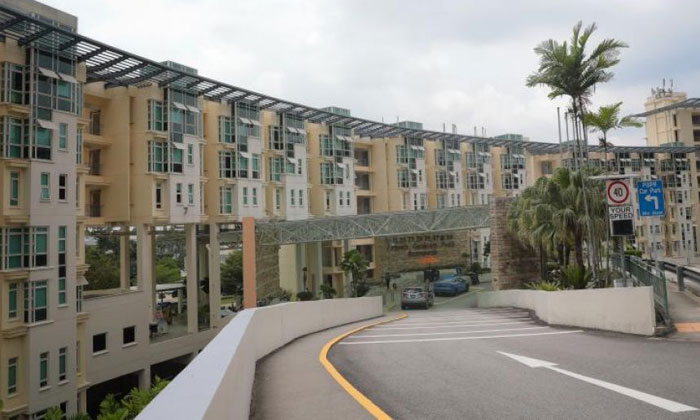 A National University of Singapore student has been acquitted on a charge of assaulting a woman in a student housing unit on campus in 2019.

Mr Kim Dohyung, a Korean national who is now 23, was given a discharge amounting to an acquittal following a pre-trial conference on Tuesday (March 9).

Mr Kim was accused of hitting the woman on her right outer arm, right forearm and left thigh, causing bruises at the Prince George's Park Residences on March 21, 2019.

The nature of their relationship was not revealed in court documents.

The Attorney-General's Chambers (AGC) told The Straits Times on Wednesday that Mr Kim had sought to compound the offence in lieu of a prosecution, "on certain terms".

The AGC did not disclose what these were but a spokesman said the victim "indicated that she was willing to compound the offence on the terms proposed".

The spokesman said: "Taking into account the circumstances of the offence, the nature of the injuries and the victim's willingness to compound the offence, the prosecution did not object to the composition.

"After the composition was effected, the court granted the defendant a discharge amounting to an acquittal on (Tuesday)."

As part of an agreement to compound an offence, an accused person may have to give a complainant some form of compensation which can be a sum of money or even a verbal apology.

This is between the two parties.

In addition, offences can be compounded only upon consent of the public prosecutor, who will consider the public interest, circumstances of the offence and whether there are any aggravating factors.

By law, only certain offences can be compounded.

These include simple cases of causing hurt and outrage of modesty.

An offender convicted of assault can be jailed for up to two years and fined up to $5,000.