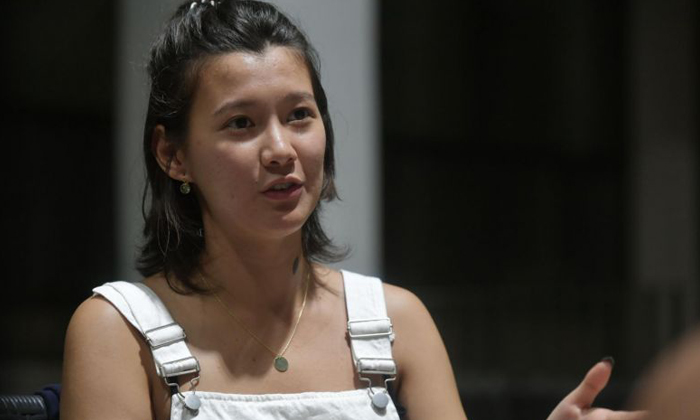 Nearly two weeks since the Instagram stories she posted took on a life of their own, National University of Singapore (NUS) undergraduate Monica Baey has again took to the social media platform to call for the online harassment against her perpetrator to stop.

In an Instagram post on Wednesday (May 1) titled "closure", Ms Baey noted that change at the university is afoot, but also spoke out against those who disagreed with the way she shared her story as a victim of sexual assault.

On April 18, the 23-year-old had expressed her frustration that NUS had not done more against fellow student Nicholas Lim, who filmed her in the shower at Eusoff Hall last November.

Mr Lim was given a 12-month conditional warning from police and was suspended from school for a semester. He was also made to write an apology letter to her.

The Instagram stories, which revealed Mr Lim's name and personal details, quickly went viral and prompted the university to form a review committee to take a closer look at disciplinary and support frameworks.

It also organised a campus town hall meeting attended by more than 600 students, including Ms Baey, who flew back to Singapore from her exchange programme in Taiwan.

Describing it as "incredibly tiring, yet probably the most fulfilling week of my life", Ms Baey said on Wednesday that she is glad that "change has finally come".

However, she noted that Mr Lim did not deserve to be bullied online for what he had done.

She also acknowledged that it was "fair" for some people to disagree with how she had brought the issue to light.

She wrote: "To address those who are saying that my perpetrator is now a victim, all I will say in response to that is I genuinely hope that he is receiving proper support he needs to rehabilitate, and the unnecessary online harassment toward him and his loved ones will stop."

Though she felt that Mr Lim had got away lightly, she added it would now be up to NUS and its review committee - not Internet users or even herself - to make the call on whether her case should be reopened and tougher punishments should be meted out.

In an exclusive interview with The Straits Times last week, Mr Lim said that he was deeply remorseful for the incident and will continue to seek counselling and help to become a better person.

"I want to say that I have been and still am truly sorry for what I have done. Nobody should ever be put through the kind of trauma that I caused Monica. People have condemned me and my actions - I deserve it. I condemn myself. I seek everyone's forgiveness."

In her Instagram post, Ms Baey also opened up about her feelings of paranoia, confusion and disgust even months after the filming incident.

"The paranoia never goes away. This nagging feeling at the back of your mind, telling you that you are never safe," she wrote.

"I get so frustrated that I break down in the shower sometimes because I'm so tired of worrying. I wasn't even touched by him and yet I feel like my entire body has been violated. The feeling of disgust still sits inside of me," she added.

Ms Baey ended her lengthy Instagram post by urging other victims of voyeurism to be courageous in speaking out.

She also expressed her hopes that society would be able to do more to protect victims and their reputation.

"I hope that the conversation on whether enough is being done to prevent sexual assault will continue," she wrote.

"I hope that Singapore has reflected on what has happened, why this blew up as big as it did, and learn to not avoid issues but rather face the hard reality - sexual misconduct and assault is much more prevalent that it appears to be," she added.

Related Stories
'My daughter is in NUS, should I be worried?': TNP columnist on Monica Baey saga
NUS admits it failed Monica Baey, will set up victim support unit and improve campus security
It’s not about getting revenge or getting him expelled...I just don’t feel safe: Monica Baey
26 incidents of sexual offences reviewed by NUS Board of Discipline over past 3 years, no expulsions
NUS president Tan Eng Chye apologises for how sexual misconduct case was handled
Great Eastern suspends employee who filmed NUS undergrad in shower
Police on why NUS peeping Tom was given conditional warning: He showed 'high likelihood of rehabilitation' and criminal record could 'ruin his future'
Ong Ye Kung says NUS penalties for sexual misconduct case 'manifestly inadequate'
NUS students' union condemns sexual harassment but urges fellow students not to harass guy who took video of girl showering
NUS responds after female undergraduate demands firm action to be taken against student who took video of her in the shower
More About:
NUS
university
sexual harassment
sexual offence
pervert
Peeping Tom
controversy