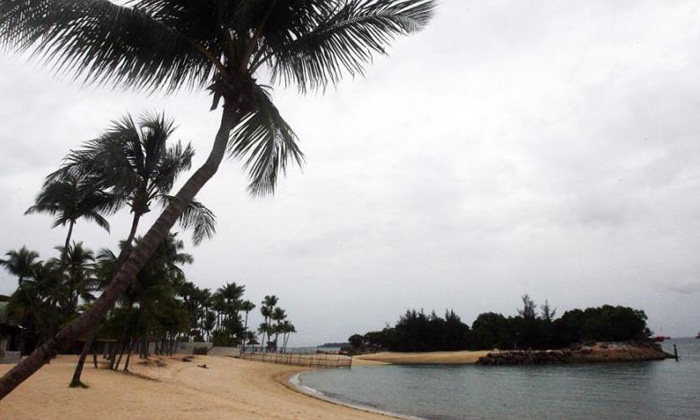 Some seniors and freshmen from the National University of Singapore (NUS) allegedly stripped naked while participating in an outing at Siloso Beach on Jun 4.

This article came after a Stomp report on Jun 20, where a female student performed a sexually suggestive dance in front of a male student during a school camp at Ngee Ann Polytechnic.

This latest incident involving NUS students occurred during an unofficial orientation outing to Sentosa earlier this month, where some seniors and freshmen took off their clothes in the sea while playing a game. There were about 50 students that had participated in the outing.

After participating in Camp Blue Blood, an orientation camp organised by Kent Ridge Hall on Jun 2 and 3, the students were invited for the outing on Jun 4 and told to not wear anything that would identify them as NUS students, reports The New Paper.

Eight groups from the orientation camp competed to form the longest line using pieces of clothing during one of the games, which led to several male students, including freshmen, allegedly stripping naked in the water and throwing their clothes to the beach.

A female participant told TNP that a female senior from her group also threw her top and bra to the beach while covering her chest with one hand, shocking some male students, although the senior just "laughed it off".

The female participant who asked to remain anonymous said: "Initially, the girls were told they did not have to take off anything if they were not comfortable, but they felt pressured to do so after some seniors and freshmen called for more pieces of clothing in their attempts to win."

Subsequently, several other women who were in the water took off their tops as well.

This made other students, including men, feel shocked and uncomfortable. One of them was even glad that a group facilitator "had the sense" to intervene.

"He told us to stop as some people had gone too far by stripping naked."

Criminal lawyer Ravinderpal Singh of Kalco Law said that any kind of public nudity that is visible to other people is illegal.

He said: "The law does not differ whether the nudity occurs on land or water, as long as it is visible or seen by the public."

According to NUS, it was not aware of the incident as there was no beach activity declared as part of the orientation camp.

"The university takes a serious view of offensive and inappropriate behaviour by any of our students.

"Based on our initial checks with the students involved, they stopped the game when some students behaved inappropriately.

"The university does not condone any behaviour or activity that denigrates the dignity of individuals.

"We are carrying out a thorough investigation into the matter and strong disciplinary action will be taken against those found responsible."

This is not the first time sexualised activities involving schools have been reported.

In 2016, NUS took action against 30 senior students for their role in such inappropriate activities.

Read the full story on The New Paper.