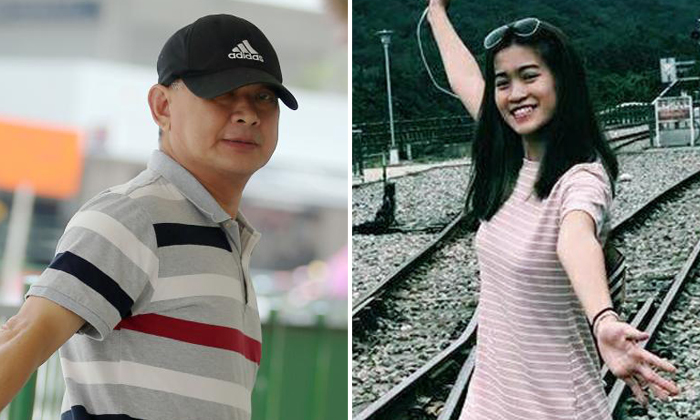 A taxi driver made a discretionary right turn at a signalised Clementi Road junction despite knowing a car was hurtling towards him from the opposite direction.

The consequences were fatal.

The car driven by Mr Ng Li Ning, 21, ploughed into Yap Kok Hua's taxi and the accident caused the death of one of the cabby's passengers - National University of Singapore (NUS) student Kathy Ong Kai Ting, 19.

The three other passengers in the taxi - Mr Zon Lim Thou Jung, Mr Lim Jin Jie and Mr Ting Jun Heng, all of whom were 22 years old - suffered serious injuries, including those affecting the brain.

Prior to the accident, Yap had failed to ensure that his three rear passengers were belted up.

The court heard that Yap's four passengers had boarded the taxi at Clementi Mall in Commonwealth Avenue West at around 7.30pm on April 19 last year.

He was told to take them to Tembusu College in NUS.

Yap drove towards the signalised cross junction of Commonwealth Avenue West and Clementi Road, and stopped when the lights turned red.

When the lights turned green, he moved forward into the right-turn pocket.

He then stopped and checked for vehicles coming from the opposite direction. The court heard that he did so before the green right-turn arrow came on.

He saw Mr Ng's car coming towards him from the opposite direction at a high speed but decided to execute the discretionary right turn anyway.

The younger man, who was then travelling at speeds of up to 97kmh despite the 70kmh limit, was unable to avoid the taxi and slammed into it.

The court heard that Yap's taxi was then travelling at 24kmh. Both vehicles spun and were severely damaged.

Ms Ong, who was seated in the rear-left passenger seat, was taken to the National University Hospital where she died of multiple injuries about three hours later.

The three other taxi passengers were taken to the same hospital. Mr Zon Lim, who was seated in the front seat, suffered a brain injury and had multiple glass pieces in his wounds.

The rear-right passenger, Mr Lim Jin Jie, was found with blood outside his brain and a spinal fracture. Both men were hospitalised for eight days.

Mr Ting, who was seated in the rear-centre passenger seat, suffered a "traumatic brain injury" and was vegetative at first but later "managed to progress" , the court heard.

He was hospitalised for 54 days and was referred to Tan Tock Seng Hospital after his discharge for rehabilitation.

On Wednesday, Deputy Public Prosecutor Timotheus Koh said that the accident could have been avoidable if Mr Ng's car had been travelling at 70kmh.

The Straits Times understands that action will be taken against him.

The DPP also urged District Judge Victor Yeo to sentence Yap to at least eight weeks' jail and disqualify him from driving all classes of vehicles for five years.

The court heard that Yap has been fined multiple times for offences, including speeding and failing to conform to red light signals.

Mr Tan pleaded for his client to be sentenced to a maximum of six weeks' jail and disqualification from driving all classes of vehicles for five years.

The lawyer said that Yap, who was the sole breadwinner of his family, had lost his driving licence following the accident.

He added that Yap is currently seeing a doctor for an acute kidney injury and a jail sentence which is "longer than necessary may affect his full recovery".

For causing Ms Ong's death by negligent driving, he can be jailed for up to two years and fined.