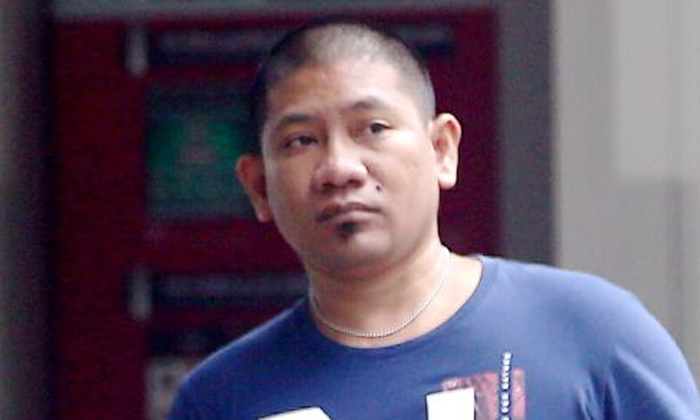 A former nurse at a nursing home was sentenced to 12 weeks' jail on Wednesday (March 6) for punching one of its residents.

His services were terminated following the incident, the court heard.

At around 4pm on Nov 21 last year, Ramos was distributing bed sheets and pillowcases at Orange Valley Nursing Home in Clementi when his trolley accidentally hit the elderly man's bed.

Deputy Public Prosecutor (DPP) Benjamin Samynathan said the patient sat up on his bed and asked who had disturbed him.

Ramos approached the man and replied: "Why? Me!"

The elderly man responded by hitting Ramos once on his chest.

Ramos retaliated by punching the man "four or five times on the face", said the DPP. The resident fell backwards onto the bed.

Nursing assistant Dasanayaka Achchillage Saman Kumara, who was nearby, saw Ramos assaulting the man and confronted the Filipino.

Instead of stopping, Ramos glared at his colleague and hit the resident's face at least one more time before leaving the room.

Mr Dasanayaka saw a small cut on the resident's left ear. His left eye was also swollen and red.

DPP Samynathan urged the court to sentence Ramos to at least 12 weeks' jail, noting that the patient was a vulnerable victim with severe dementia and Ramos had abused the trust placed in him as a nurse.

Defence lawyer Ong Pang Meng pleaded for a light custodial sentence, saying Ramos was "not a man of violence" and the offence was not premeditated.

District Judge Hamidah Ibrahim noted that the victim has dementia and that Ramos had "overreacted disproportionately".

In a statement on Wednesday, Orange Valley said it is dedicated to offering its residents the "best care possible".

Its spokesman added: "We are saddened by the misconduct of Bernardo, and have reiterated our zero tolerance approach towards such misconduct by our staff.

"We reinforce the importance of duty of care to our staff at regular meetings. We have also been providing dementia care training for our staff to handle dementia residents who would have specific care needs."

For assault, Ramos could have been jailed for up to two years and fined up to $5,000.