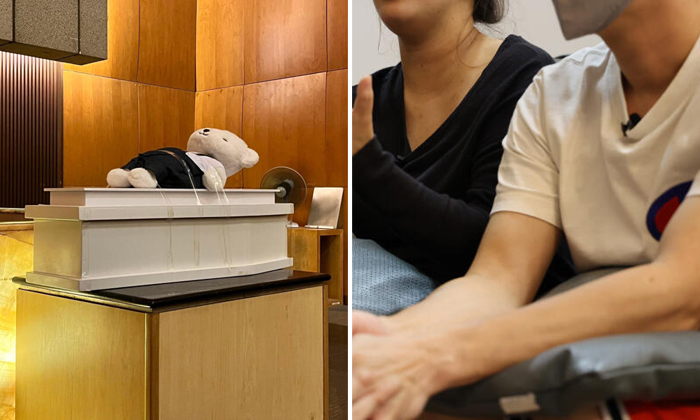 The National University Hospital (NUH) has issued a statement regarding an incident in which a woman, who was 36 weeks pregnant, lost her baby following a two-hour wait at its emergency department.

This comes after the woman's husband shared their experience in a Facebook post that has since garnered more than 4,600 reactions, 1,400 comments and 4,700 shares.

Facebook user Mee Pok Tah said his wife had been sent to the hospital after bleeding profusely while in the shower on March 15. The couple arrived at NUH at about 10.30pm.

According to Tah, a nurse on duty "came and only set up the monitoring device to check on my wife's vital signs and left." She was then left unattended for two hours before being sent to the maternity ward, said Tah.

The couple were eventually told by doctors that their baby had no heartbeat and had passed away.

Prof Aymeric Lim, NUH's chief executive officer, said on Thursday (Mar 24): "The expectant patient was admitted to the NUH Emergency Department (ED) on March 15 at around 2235 hours for bleeding.

"Upon arrival at ED, she was attended to immediately. She was noted to be stable, and her bleeding had subsided en route to the hospital.

"During the ED triage, her vital signs were within normal parameters. She indicated she was experiencing mild pain, and was assessed as 2/10 on the pain score by our nurses.

"ED was experiencing a high patient load at that time. We accord high priority to patients who need medical attention and she was placed next to the nursing station for closer visual monitoring.

"She waited for two hours and this should not have been the case in this circumstance, and we are sorry. During this time, we should have done more to provide closer monitoring and care, as well as to update the patient of her condition and the transfer."

At the labour ward, the patient was immediately attended to, and cared for by a team led by two senior consultants. An ultrasound scan showed the absence of a fetal heartbeat, caused by placental abruption, a rare and unpredictable pregnancy complication.

"Currently, all Covid-19 positive pregnant women over 36 weeks are admitted to the three public hospitals for care and delivery. Despite this added workload, we have a duty of care towards our patients.

"It has been challenging to maintain the hospital’s high standards for care amidst the Covid-19 outbreak given the high numbers of patients admitting into the hospital for both emergent Covid-19 and non-Covid clinical conditions.

"We will review the process of managing expectant patients who are admitted into ED when the labour ward is full so that such incidents do not happen again.

"We are deeply saddened by the family’s loss and will continue to provide care and support to them during this difficult period.

"We met the family on March 23, together with our clinical and nursing leads, and appreciate the opportunity to address their concerns directly. We will do our best to support them and ensure the patient’s well-being."