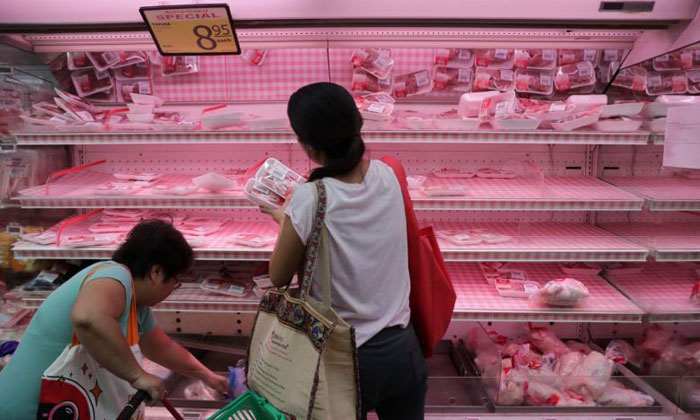 Shoppers at supermarket chain NTUC FairPrice will now be allowed to buy up to only two packs of paper products such as toilet paper and tissue paper, down from four.

They will also be able to buy up to only six cans of canned products, five litres of cooking oil and $30 of frozen poultry when there were previously no limits.

These changes were announced by FairPrice on Friday (March 27) after it saw an increase in shoppers and the amount each bought in recent days.

"The new purchase limits continue to be set slightly higher than what a typical shopper purchases and is sufficient to meet the daily grocery needs of an average family in Singapore," it said in a statement. "Daily essentials remain available as there are sufficient stockpiles of food while supply lines remain largely intact."

The purchase limits per customer at the more than 200 FairPrice outlets islandwide now are:

"FairPrice will continue to assess the evolving Covid-19 situation closely and will take all necessary precautionary measures to protect the interests of the community we serve during this difficult time," said Mr Seah.

The limits were first implemented on Feb 9 and last revised on March 17.

Fresh food items such as vegetables, fruits and fish are imported from Malaysia, but also come from a wide range of other sources, including China, Indonesia, Vietnam, Thailand, the United States and South Africa.

The Singapore Food Agency has said that Singapore's food supply has not been disrupted by Malaysia's partial lockdown, which on Wednesday was extended to April 14.

On Thursday, Communications and Information Minister S. Iswaran refuted circulating WhatsApp messages that the Disease Outbreak Response System Condition (Dorscon) alert could be raised to Red, the highest level, over the weekend - a rumour which could have accounted for the increased level of buying in recent days.

A clarification notice has also been issued through the Gov.sg WhatsApp service to assure those who were spooked.