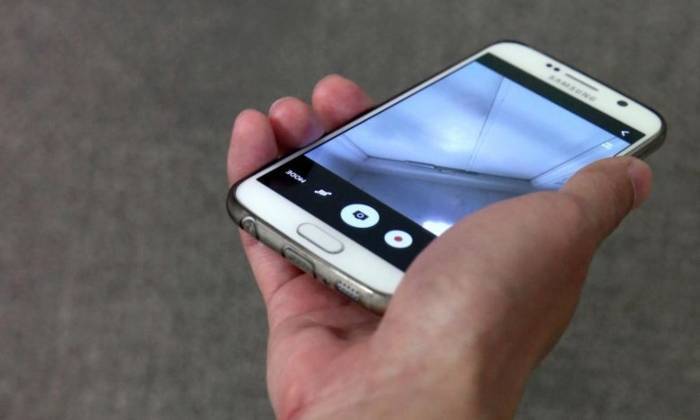 Feeling remorseful that he had filmed a woman in a campus toilet, a Nanyang Technological University (NTU) student waited outside to apologise to her, a court heard on Thursday.

Zhou Zhiwen had already deleted the video by then, but felt he needed to make amends.

The 22-year-old Chinese national pleaded guilty on Thursday to one charge of filming an upskirt video.

Those given an MTO will undergo treatment for their mental conditions in lieu of jail time.

The victim, who was 20 at the time, had entered a toilet around 15 minutes before her class at 9am.

Zhou, who was taking a break from his tutorial lesson, saw the victim entering the toilet and followed her.

Deputy Public Prosecutor R. Arvindren said the accused knew the victim was in the only locked cubicle and entered an adjacent cubicle.

Zhou then held his phone below the toilet cubicle partition with the rear camera facing upwards to film an upskirt video of the victim.

The victim was partially undressed when she noticed a shadow in the adjacent cubicle.

When she looked down and saw a phone, she shouted and Zhou ran out of the toilet.

He deleted the video immediately and waited for the victim outside the toilet, to apologise to her.

The victim was traumatised and rushed to her class to inform her classmate.

The victim's professor was then informed and the campus security was alerted. Zhou was arrested by the police that same day.

DPP Arvindren said Zhou admitted to the police that he had recorded the victim while she was in the toilet and claimed he did so as he was feeling stressed and emotional.

The accused also admitted that he has done this multiple times before.

The prosecutor said an Institute of Mental Health report dated May 2022 showed that the accused was suffering from early psychotic symptoms at the time of his offences, and this may have contributed to the offending behaviour.

A spokesman for NTU told The Straits Times that the university had extended support to the individuals involved.

“Zhou was placed on suspension for two semesters and was also barred from on-campus housing and leadership positions, among other sanctions for trespassing into a female toilet.

“He resumed his studies after serving his suspension,” said the spokesman.

Depending on the outcome of the court proceedings, the university may reconvene a disciplinary board to review his candidature, added the NTU spokesman.

“NTU has zero tolerance for all forms of harassment, including voyeurism.

“Any student found guilty of such acts will be subject to disciplinary action, including suspension or expulsion from the university, depending on the nature and severity of the offence,” he said.

For each count of voyeurism, an offender can be jailed for up to two years, fined, caned, or receive any combination of such punishments.