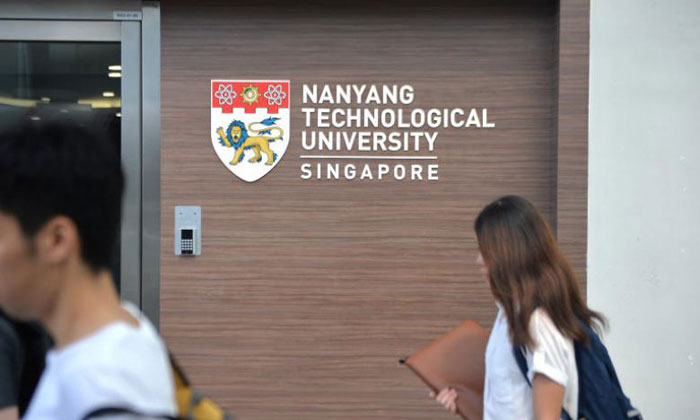 A teenage Nanyang Technological University (NTU) student has been expelled after he allegedly used his mobile phone to record a video of a woman showering on campus.

Chinese national Han Shiyu, 17, who appeared before District Judge Adam Nakhoda on Monday (Dec 2), is accused of insulting the 20-year-old woman's modesty on Aug 12 this year.

He is said to have committed the offence at around 9.20pm that day.

NTU told The Straits Times in a statement that Han was expelled in October.

Its spokesman said: "The university takes a zero-tolerance approach towards harassment and takes all cases of misconduct involving harassment seriously."

Earlier this year, in the wake of a Peeping Tom case at the National University of Singapore (NUS), an NTU spokesman had told ST that the university had strengthened its policies and procedures on harassment in January.

The NUS case created a stir after the victim, Ms Monica Baey, went public saying that the authorities did not do enough to punish a fellow student who filmed her showering.

Han was just one of several tertiary students who have been taken to court this year over the offence.

For instance, on Oct 2, a 22-year-old Singaporean man from a top university in Britain was charged with two counts of insulting a woman's modesty. He cannot be named owing to a gag order to protect the women's identities.

The man is accused of placing video-recording devices to film the women showering at Orchard Hotel.

In another case, a 26-year-old man is accused of taking upskirt videos of women and filming them showering in a local university.

Separately, NUS student Joel Rasis Ismail, also 26, was taken to court on May 13 after he allegedly filmed his schoolmate showering on campus.

The cases involving these three men are still pending.

For each count of insulting a woman's modesty, offenders can be jailed for up to a year and fined.