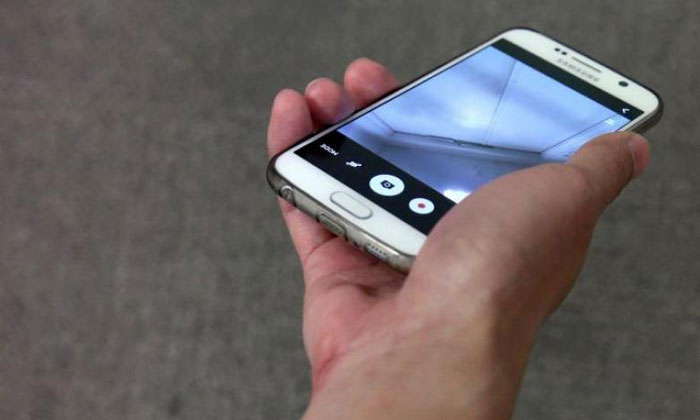 As he headed to the showers, one of his residential hall neighbours in Nanyang Technological University (NTU) held the toilet door open for him.

Later, while he was showering, he noticed the top of a mobile phone peeking above the cubicle door.

When the third-year mathematics student, 23, opened the door, the alleged Peeping Tom was already running away. But he recognised the man from his clothes - he was the one who held the door open for him.

The police confirmed yesterday that they were alerted to a case of voyeurism at NTU at 4pm on Wednesday. They said a 20-year-old man is assisting them in the investigations.

The New Paper understands the suspect is a second-year student from China.

An NTU spokesman said in a statement that campus security was alerted at around 3.45pm, and the university is providing all necessary pastoral care and assistance to the students concerned.

NTU is also assisting the police in their investigations.

The new academic year had started recently, on Aug 11.

Soapbox, a student-run journalism online site at NTU, reported that the incident occurred at about 2pm in a toilet at Block 66 of Hall of Residence 14.

The alleged victim, who wanted to be known as Ethan, told Soapbox that he was showering when he heard his cubicle door creak.

When he looked up, he saw a black phone with its camera lens pointing towards him. Not knowing who it was, he yelled out and opened the door.

He could see the fleeing man only from the back, but he recognised the dark blue attire as that of the man he had just crossed paths with.

Though they are neighbours who stay just two doors apart, Ethan said this was the first time they had interacted.

The suspect has since moved out of the residential hall.

Ethan said when he confronted the man, the person claimed it was his first time doing this and that he was just being playful and curious.

He also tried to settle the matter with money while insisting he did not manage to take any footage, Ethan claimed.

He showed Ethan the contents of his phone, including the "recently deleted" folder. But the phone was pink, and Ethan was certain the phone he saw was black.

Voyeurism cases in university campuses have been a talking point in recent times.

In the most recent case in March, the police arrested a 24-year-old student who allegedly installed a hidden camera disguised as a smoke detector in a female toilet at the National University of Singapore.

The NTU spokesman said key fobs are needed to access toilets at residential halls, and closed-circuit television cameras are installed in common areas.

"Campus security officers patrol the residential halls, and students are regularly reminded to keep the toilet doors closed at all times and make sure they are locked after entry and exit," he said.

But even with tougher penalties and security measures, some perpetrators will reoffend, as sexually deviant acts such as voyeurism are their main source of gratification, experts told TNP.

Senior criminal lawyer Rajan Supramaniam said: "Voyeurs may be aware of the consequences, but they still take chances. And some do get away with it. "

A psychiatrist in private practice, Dr Lim Boon Leng, said: "After serving their punishment, some may go back to voyeurism if they don't get the proper treatment and rehabilitation to curb their sexual urges."

The hall's president, Mr Jonathan Sua, 25, said this was the first time he heard of such an incident.

He told Soapbox that the hall student council and the Hall 14 office will discuss measures to deter such incidents from recurring.

He said: "This is not tolerated in our hall. I am afraid people will feel it is just another case and may talk about it only for a day.

Under the amended Penal Code, those convicted of voyeurism can face up to two years in jail, caning and a fine.