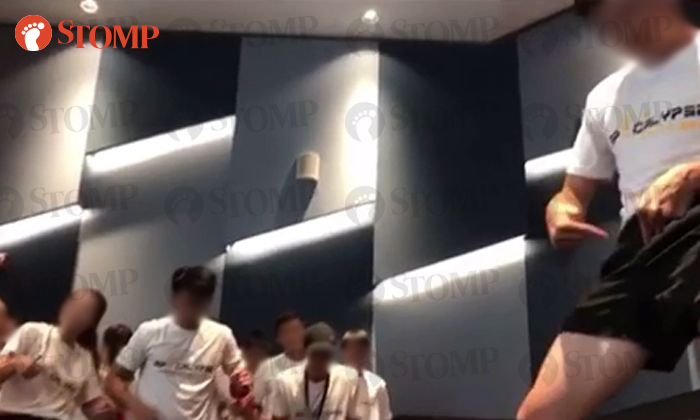 The Nanyang Technological University (NTU) is investigating a video that purportedly shows its students performing an inappropriate cheer during a freshman orientation camp.

Stomper C alerted Stomp to the video, which was posted on Instagram last Friday (Aug 9).

In the 30-second video, a group of male and female students can be seen gyrating and pointing at their crotch while chanting a cheer.

A male student appeared to be leading the cheer.

The video also had a caption that said: "Warning: contains sensitive content".

C told Stomp: "I don't think this should be the way an orientation camp cheer should be. It's obscene, gross and embarrassing for young girls (in the video) to do that."

Prof Yeo said in a statement on Thursday (Aug 15): "Looking at the video, the cheer is not in line with the standards set at NTU, as it runs contrary to the values of safety, respect and inclusiveness which are emphasised in the University's Transition and Orientation Programme.

"Any student found to be responsible for allowing, condoning, arranging or participating in such cheers will be counselled and also face disciplinary action.

"If any students are emotionally affected by the cheer, we will reach out to them and give them the support they need."