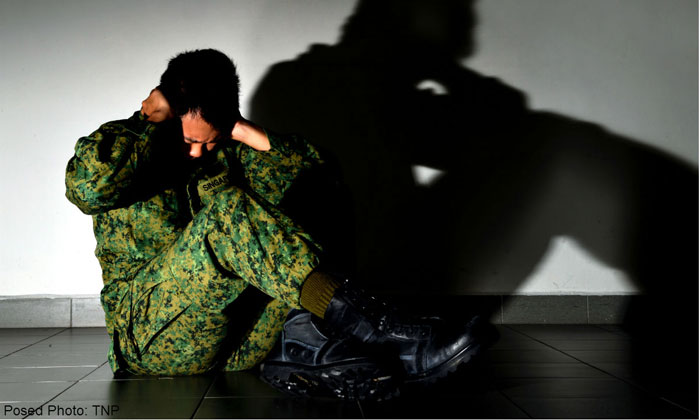 A national serviceman (NSman) shared his heartbreaking confession on how he experienced toxic masculinity after his parents grew ashamed of him when he was posted to a non-combat vocation.

The NSman, who has been accepted to the National University of Singapore (NUS), had his confession posted on NUSWhispers' Facebook page.

He said that his parents have always shown love to him and supported him fully when he enlisted by calling him at night, picking him up from Pasir Ris, and buying him snacks for the week.

However, things took a turn after his Passing Out Parade (POP).

"I didn't perform very well for my Basic Military Training (BMT) which meant that I got a posting in a non-combat vocation, specifically a logistics quartermaster," he wrote.

This was not one of the "hero" vocations seen as the most elite in the eyes of his parents like the Guards or Commando Battalion.

He described his parents as being "absolutely crestfallen" and said that they had even called in their connections and made requests to "various places" behind his back following his posting.

"And when those efforts proved fruitless, it was when I realised how toxic they could be when it came to my masculinity," he wrote.

"I was berated for being in a 姑娘 (guniang or girly) vocation which was meant for 'useless' people.

"They encouraged me to lie during family gatherings to avoid embarrassment.

"I had stopped receiving emotional support from them (calls, rides, a simple 'how was your day')."

He said he was compared with his cousins and asked why he could not live up to the "standards" of his family.

They even said he would not get any inheritance from them because a "guniang" does not need money as he is not the breadwinner of the family.

"That last one really hit close to home as I have never, nor will I ever ask and pry about money let alone family inheritance, so for them to think that I was eyeing their money was really heartbreaking to me," he said.

Most recently, his parents informed him that they would not be attending his specialist graduation parade.

He wrote: "Mum, Dad, I love you both and should the time come, I would die for you. Is that not enough to constitute what a 'man' should be?"

NUSWhispers is a platform for NUS students to voice confessions anonymously. It is not affiliated with the university.

Related Stories
Man with $5k salary trapped in 'living hell' after 2 years of borrowing from licensed moneylenders
'My husband cheated on me while I was pregnant -- so I chose to be a single mother'
My daughter married my lover and he still wants me
More About:
national service
Army
confession
confessions
NUS