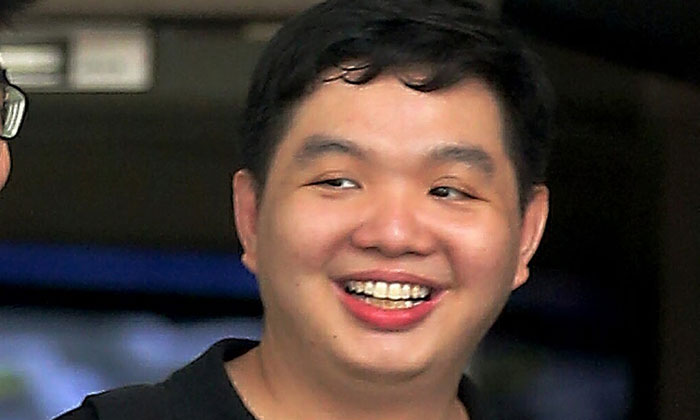 A 26-year-old full-time national serviceman was caught red-handed filming a woman changing in a fitting room next to his last year.

On Apr 30, 2016, Darren Tan Yong Xing was trying on some clothes at a Cotton On store in VivoCity, reports The Straits Times.

A woman, whom he found to be attractive, entered the room next to his and he decided to film her changing.

Feeling emboldened, he decided to stay and film the next woman to come in.

A 21-year-old female student entered next to try on some lingerie.

However, she noticed Tan holding his phone under the partition with the screen facing up and in recording mode.

When he realised that he had been spotted, he quickly left the changing room but was detained by the victim who called out to the store's staff for help.

The police found a clip of the victim topless, along with other obscene videos which Tan admitted he had downloaded from the Internet.

He had made these offences while under a 12-month stern warning for trying to take an upskirt video of a 32-year-old bank officer at Yio Chu Kang MRT Station on July 14, 2014.

He was fined $2,000 for having four obscene films at the Cotton On shop on Apr 30, 2016. Five other charges were taken into consideration in sentencing.