NS defaulter rejected for Australian citizenship, told to obey the laws of his country 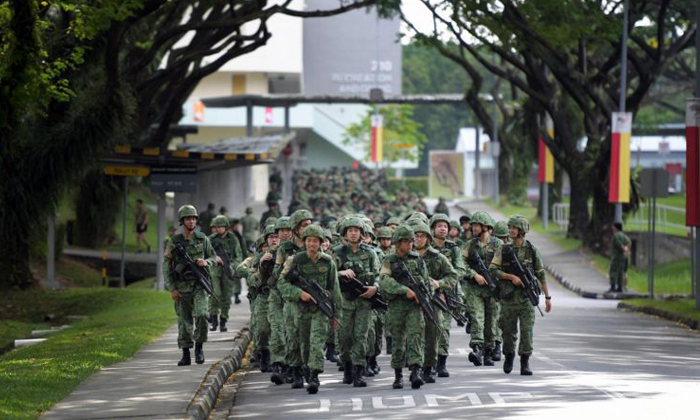 A national service defaulter who sought Australian citizenship was advised by a tribunal in Australia to return to Singapore and face pending offences first.

According to The Straits Times, Australian permanent resident Ashley Rozario, 25, who was born here, had remained in Singapore to complete his polytechnic studies when his parents migrated to Australia in January 2011. He joined them in November 2012, and has been there ever since.

This decision, however, had an impact when his application for Australian citizenship made in 2015 was rejected by a delegate of the Minister for Immigration and Border Protection in January of this year.

"I consider the Australian people would reasonably expect that those applying for citizenship would respect laws of general application," wrote senior member A. Nikolic of the Administrative Appeals Tribunal of Australia.

"The existence of verifiable information that an applicant has not obeyed the laws of their existing country of citizenship understandably raises character concerns," he added, in decision grounds issued last week.

The tribunal noted Mr Rozario had satisfied all legislative requirements for citizenship except for the issue of whether he is of good character within the meaning of the relevant Act.

For this, he needed to produce a certificate of clearance from the Singapore police stating he had no criminal convictions, but the police declined to provide him with one as he had "outstanding issues" in relation to his national service liability.

In 2013, he received an e-mail from the Central Manpower Base (CMPB) that he had committed two offences of having failed to enlist for full-time NS and for remaining outside Singapore without a valid exit permit. CMPB informed him that if convicted, he could be fined up to $10,000 or jailed up to three years or both, and was advised to return as soon as possible.

Despite his citizenship bid being supported by several referees, including Dr Melanie Pritchard, the convenor of his Bachelor of Biotechnology honours course who described him as having a 'sound character and upstanding citizen', his bid was rejected.

"It may be open for him to appeal against the decision of the Singapore authorities to reject his application for a clearance certificate, or to return to Singapore and address the pending offences," wrote Mr Nikolic, senior member of Administrative Appeals of the Tribunal of Australia.

"Obedience to and observance of the law are values that are fundamental to the assessment of character."

Related Stories
21-year-old NSF dies after vehicular incident at Shoalwater Bay training area in Australia
NSFs complain about being 'forced' to download SGSecure app, citizens give it 5-star reviews
7 things about NS today that show just how much it has evolved over the years
More About:
national service
australia
NS
SAF