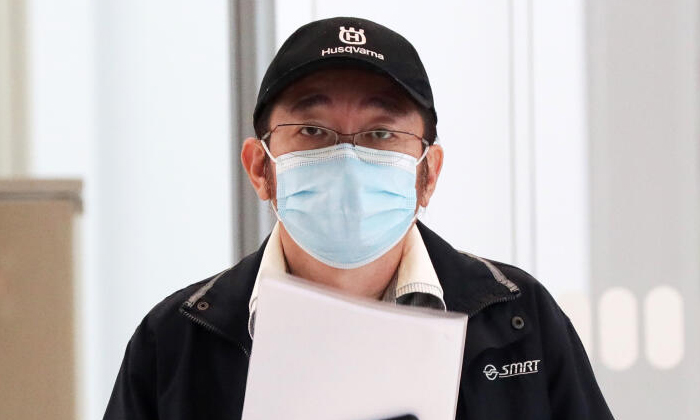 An officer with the National Parks Board (NParks) was charged on Tuesday (April 13) with corruption and cheating, and has also been accused of taking upskirt photos of multiple women.

Lee Choon Phing faces nine charges of insulting the modesty of a woman, and one charge each of cheating and corruption.

The 48-year-old was a manager of the Community in Bloom branch of NParks, an initiative to promote gardening culture here.

In February last year, Lee is alleged to have corruptly attempted to obtain $10,000 from a vendor that was supposed to provide 10,000 hats to NParks but only provided 5,000.

NParks had paid the full contract amount of $23,300 to the vendor without imposing late delivery fees after Lee allegedly deceived an NParks accounts executive.

As for the upskirt charges, Lee allegedly used his phone to take the photos of multiple women between 2015 and 2019.

The victims included those working at a nursery that supplies plants used in parks, and women in trains and near a school.

In a release about the case, the Corrupt Practices Investigation Bureau (CPIB) said Singapore adopts a zero-tolerance approach towards corruption and other crimes.

If convicted for cheating, he may be jailed for up to 10 years and fined.

If convicted for taking upskirt photos, he may be jailed for up to a year, or fined, or both, for each charge.

They can also visit or write to CPIB headquarters at 2 Lengkok Bahru.