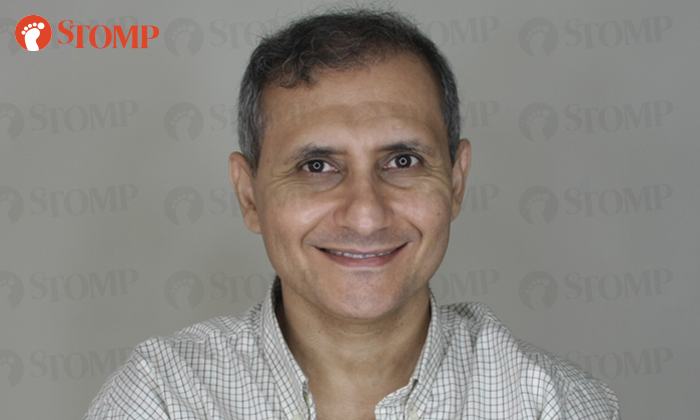 Stomper Khaled, an author, is searching for a long lost friend, Zuraida, whom he met more than 30 years ago.

Khaled, who just published his third novel, Gun Kiss on Dec 1, said that his work was inspired by a Hollywood actress who bears a close resemblance to Zuraida.

He recounted how he had even told her that of the resemblance.

Khaled told Stomp that they first met in university, where Zuraida sat beside him.

The two, who are both Singaporeans, drifted apart after graduation but he always thought that they would be able to reunite, as he had her home telephone number.

He lamented: "You don’t realise how fast things change.

"I met her at an event where she was co-hosting once, and I kept calling out to her, but she couldn’t hear me. Later, I got swept away by my friends."

On another occasion, Khaled saw Zuraida in a lift and called out to her, but the lift door closed before they could exchange numbers.

He even met a relative of hers who told him that she sent her regards, but again, the opportunity to get Zuraida’s number slipped from his hands.

Later, Khaled was offered a job in Egypt and he took it.

When he returned to Singapore years later, he realised that he had no way to track her down, adding that the number he had was no longer in use.

Said Khaled: "The reason I want to contact my friend is that I would like very much to give her a personal, autographed copy of my new novel and to connect with her again.

"I tried to find her on social media but to no avail.

"I want to know what happened to her all these years.

"She was a student at the Convent of the Holy Infant Jesus at Victoria Street more than thirty years ago. She also attended the private pre-university, Stamford College Singapore.

If you are or know Zuraida, kindly email Stomp at stomp@stomp.com.sg or WhatsApp 9384 3761.