Not just a job for guys: 'Superwomen' from ACRES rescue huge snake like pros 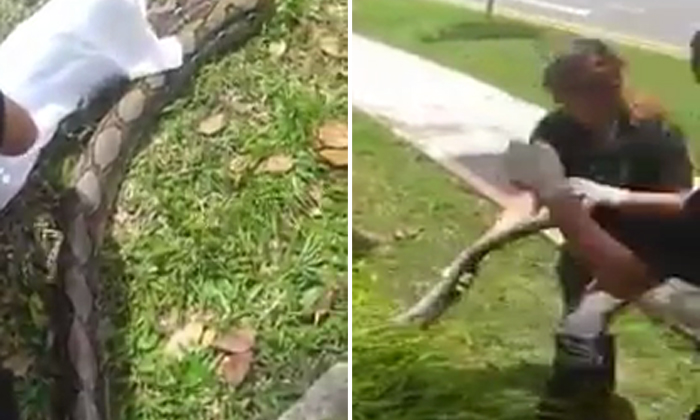 If you have always assumed that wildlife rescue and handling exotic beasts is a job only for masculine men, this video will make you think again.

In this clip posted by Everyday SG on Facebook, two women can be seen trying to catch a large snake, most likely for rescue and a rehabilitation purposes.

Based on their attire consisting of an identifiable black shirt, the women are believed to be from ACRES (Animal Concerns Research and Education Society) Singapore.

A third female holding a camera is also at the scene, though it is unclear where and when exactly the incident occurred.

After retrieving the huge reptile from the grass, the two brave women then try to contain it in a white bag.

Netizens have expressed awe at the staff's feat, with one calling them 'superwomen' and another hailing them as 'power girls'.

One user commented, "Wow female snake catcher. Good job! I'm a fat stocky man but I'll scream like a girl if I chance upon a snake..."

Another guy wrote, "This [has] already proven that women and men are equal."