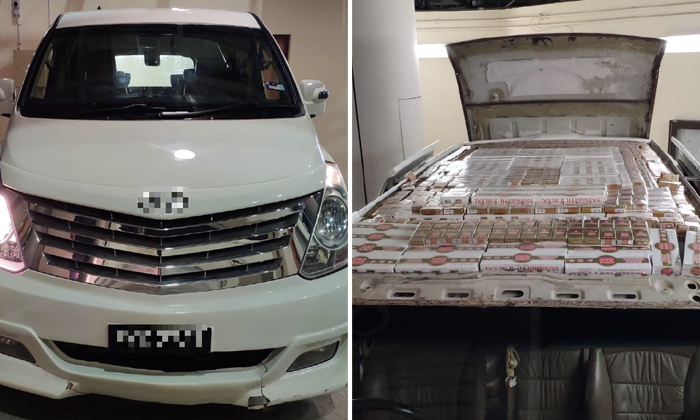 A 32-year-old driver was caught trying to smuggle 502 cartons and 1,260 packets of duty-unpaid cigarettes at Tuas Checkpoint last Friday (Nov 22).

In another one of its pun-filled posts on Facebook, the Immigration & Checkpoints Authority (ICA) said its officers foiled the Malaysian's woman ploy after feeling suspicious and directing her for further checks.

The duty-unpaid cigarettes, which were of the 'Double Happiness brand', were found hidden in the modified roof and undercarriage of the Malaysia-registered car.

In the post captioned "no 'roofing' around", the ICA said the driver was referred to the Singapore Customs for further investigations.

It added: "This method of concealment is a cause for concern as similar methods may be used by people with ill intent to smuggle security items into Singapore.

"The ICA will continue to conduct security checks on passengers, goods and vehicles so as to safeguard Singapore’s security."