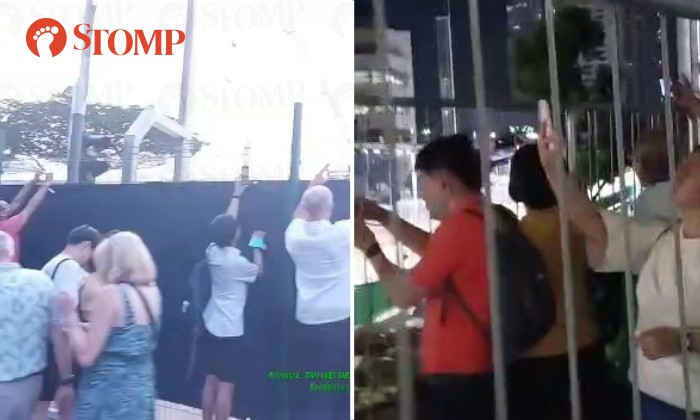 After a two-year hiatus due to the pandemic, Formula 1 Grand Prix returned to Singapore last weekend to a record crowd of 302,000.

When the three-day grandstand and combination tickets were first released in April, they were sold out within six hours.

But many found a way to watch the races in person at Marina Bay for free.

Rubberneckers gathering at several vantage points can be seen in videos taken by Stomper Wei Sien on Friday (Sept 30) and Saturday (Oct 1).

He said: "I personally witnessed many people watching the practice races live outside and inside Marina Square and South Beach hotel.

"It was very crowded, but I was still able to view and observe the race."

Fortunately, someone gave him a ticket for Sunday so he could watch the final race properly.