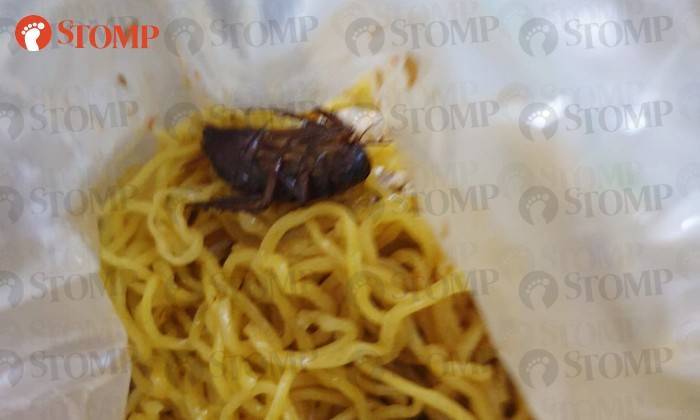 No cockroach infestation was observed during an inspection conducted at a minced meat noodles stall in Jurong West, the Singapore Food Agency (SFA) told Stomp.

This comes after Stomper Anonymous said he found a cockroach in his bak chor mee purchased from Ding Ji at Block 501 Jurong West Street 51 on Sunday (Aug 4), at around 3.45am.

Besides posting about the incident on Facebook, he also alerted the SFA and the police.

Responding to a Stomp query, F&B operator Fei Siong Group, which owns the Ding Ji brand, said it was working closely with the authorities on the matter.

In a statement on Wednesday (Aug 14), an SFA spokesman confirmed that it had conducted an inspection of the food stall on Aug 5 after receiving feedback from the consumer.

The spokesman told Stomp: "No cockroach infestation was observed at the stall at the time of inspection.

"SFA has reminded the food stall to cover their ingredients when not in use, especially during non-peak hours.