Nightjar rescued after getting stranded in Peninsula Plaza overnight 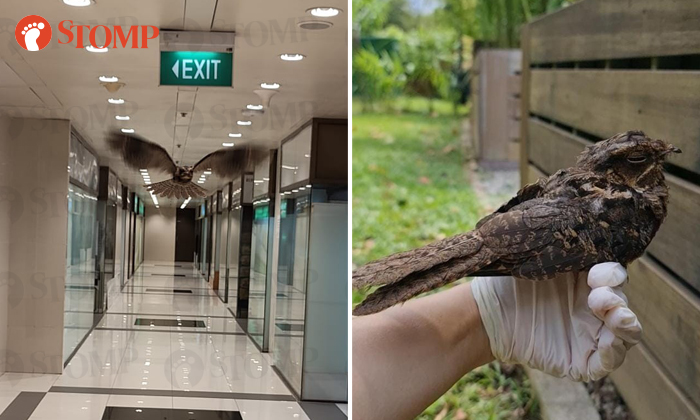 A nightjar was rescued on Wednesday morning (July 20) after unwittingly finding its way into Peninsula Plaza.

Stomper Chia, who runs a fashion boutique in the North Bridge Road building, said he spotted the bird at around 9.30am and called the Animal Concerns Research and Education Society (Acres).

He believes the large-tailed nightjar, a nocturnal creature, was trapped in the shopping mall overnight as a cleaner had seen it at 6am.

Photos shared by Chia show the nightjar flying around the mall and perching on a ledge.

He told Stomp: "It was the first time such a big bird flew into the mall and an unusual sight. Everyone was excited and tried to help it get out of the building." 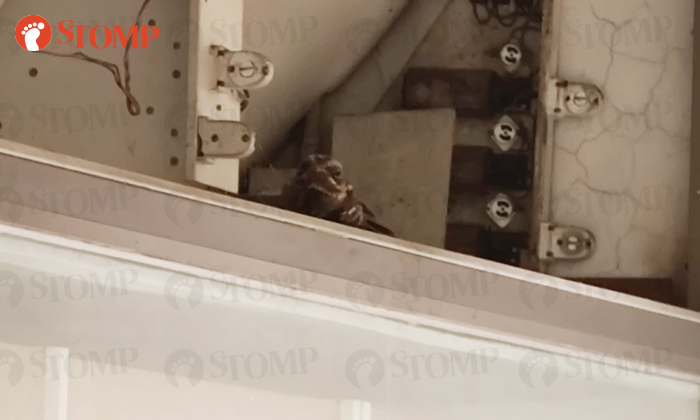 Acres' deputy chief executive officer, Mr Kalai Vanan, confirmed that it received a call from a member of the public about the stranded animal.

Mr Kalai told Stomp in response to queries: "This happens often with other species like sparrows and mynas that actually are able to fly in and out. However, for nocturnal birds like nightjars, they would need assistance as they can get stuck in such places and starve.

"Luckily, the bird was not injured and we managed to released it in a nearby park." 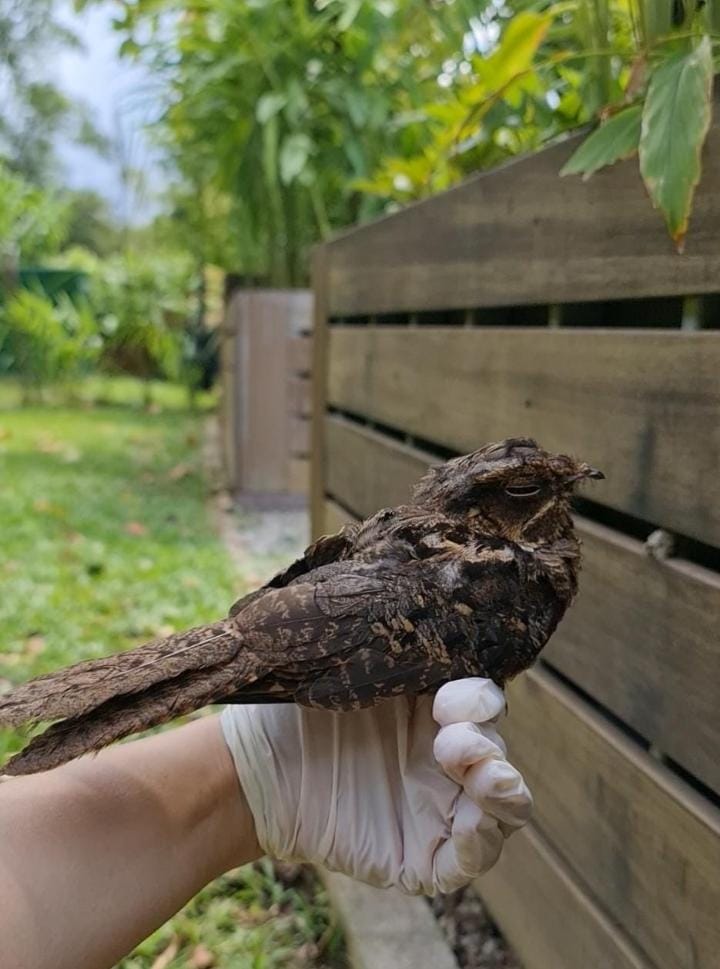 Those who see a wild animal in distress or injured should call Acres' hotline at 97837782.

View more photos of the nightjar in the gallery.