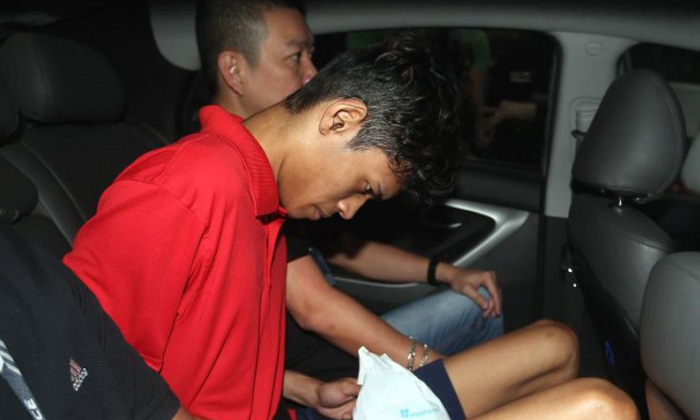 In an earlier Stomp article, contributed by Stomper Tay, the attack left Mr Satheesh with stab wounds to his head and back.

The attack started after Shawalludin gathered members from his secret society to confront Mr Satheesh due to an altercation between the two after the latter and his friends had left a bottle of liquor on the floor, reported The Straits Times.

Shawalludin claimed that Mr Satheesh had tried to punch him, according to another earlier Stomp article.

In order to prevent things from escalating, Shawalludin's supervisors advised him to step out of the restaurant.

Shawalludin still felt aggrieved by his treatment, however, and proceeded to call members from his secret society based in Toa Payoh Central for back-up.

They arrived at Postbar at about 5.30am, where Shawalludin subsequently identified Mr Satheesh and his cousin, Mr Naveen Lal Pillar, 29, to them.

Mr Satheesh and Mr Naveen were confronted by Shawalludin, Khalid and Faizal as they were about to get in a private hire car.

Shawalludin and Faizal then punched and kicked Mr Satheesh and Mr Naveen.

After the attack, Shawalludin returned to Postbar to wash the blood off his hands and went back to work while Khalid and Faizal fled in a taxi.

His colleagues later informed him that Mr Satheesh had died from his wounds.

Shawalludin shared the news with Hisham before returning to his Marsiling Road home, where he was subesequently arrested by police.

Hisham was sentenced to 18 months' jail on Jan 2 this year after he was found guilty of harbouring Khalid at his godmother's flat in Yishun following the incident.

He had intentionally done so despite knowing that Khalid had murdered Satheesh earlier, according to an earlier Stomp report.

His mitigation plea and sentencing is expected to take place on Oct 8.

For voluntarily causing grievous hurt, Shawalludin could be jailed up to 10 years, fined and caned.