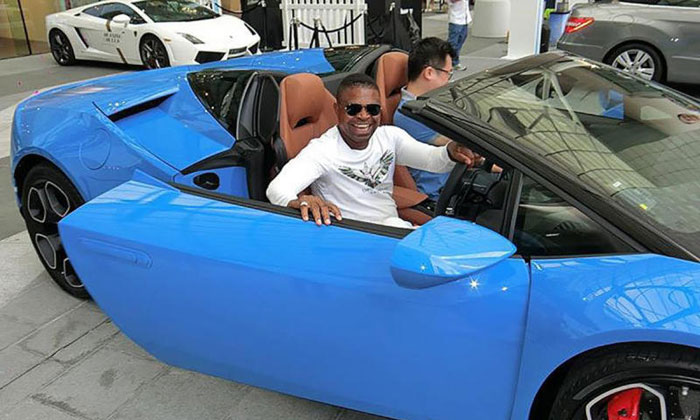 Amos Paul Gabriel, the Nigerian involved in an international money laundering scheme, was back in court yesterday to face a cheating charge.

Amos, 48, had allegedly cheated another inmate Milled El Khouri of A$40,000 (S$38,000) sometime between January and May last year at Changi Prison Complex.

He allegedly deceived the victim into believing the money would be used to post bail for him. The victim then delivered cash to a person named Chung Ting Fai through a person named Enkhadalai Mandakh.

At the time of the offences, Amos was in remand for his previous offences.

Court documents did not reveal the relationship between the parties.

The Straits Times earlier reported that El Khouri was wanted for offences that include receiving stolen car parts.

The case has been adjourned to Aug 28.

If convicted of cheating, Amos faces up to 10 years in jail, and may also be fined.

He was previously involved in a money-laundering case involving the transfer of about US$27 million from National Bank of Ethiopia to six countries.

He was sentenced to three years' jail in May this year.

He had also driven dangerously. A video clip of him driving his blue Lamborghini along the East Coast Parkway and abruptly cutting into the path of another car went viral.

He was fined $4,200 in May this year, and disqualified from holding driving licences for a year for his traffic offences.