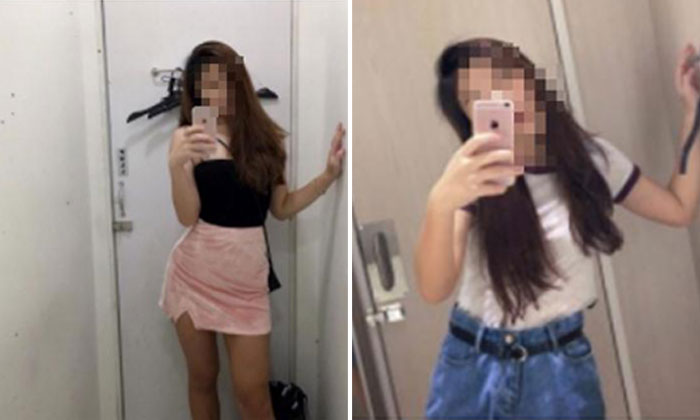 Some girls from Ngee Ann Polytechnic (NP) who had posted on social media photos of themselves dressed in shorts, yoga pants, bikinis and dresses were horrified when they discovered that those images were reposted with lewd captions on micro-blogging platform Tumblr.

Thirteen girls were affected. When NP found out about the blog, it lodged a police report.

The blog, which targeted female students from NP, surfaced on May 10. The New Paper spoke to six victims, who confirmed they were from NP.

A final-year student, 19, who found out about her reposted photos through a friend, told TNP: "The text that accompanied the posts disgusted me.

"I am aware of how dangerous the Internet can be, but it is not a valid reason for sexual harassment under any circumstances."

She has since made all of her social media platforms private and deleted photos that could be considered mildly sexual.

Another 19-year-old victim, who graduated earlier this year, said it is unnerving to know that NP was targeted.

A 20-year-old final-year student who was also a victim said she e-mailed the user and asked him to take the photos down but to no avail.

"We posted those pictures for fun, for our friends to see, not for some perverts to use our pictures and make offensive remarks about us."

Criminal lawyer Ravinderpal Singh of Kalco Law told TNP that such an act could be a crime. He said: "It is a breach of the Harassment Act and Section 509 of the Penal Code for the offence of insulting a woman's modesty." An NP spokesman told TNP that the school has lodged a police report.

TNP contacted the person behind the blog on Tuesday but did not receive a reply. Yesterday, the blog was taken down.

Chairman of the Media Literacy Council, Mr Lock Wai Han, said: "When posting on a website or account that is public, we should be aware that what we do and share is accessible to anyone, and avoid posting photos or other information that may be misused."

Clinical psychologist Carol Balhetchet said: "The culprit has a fetish and is victimising (the girls), and (the blog) encourages other people to follow in his footsteps."

The victims TNP spoke to said how they dress does not translate into them inviting such comments.

One of them said: "Some of the girls on the page did not even dress in a revealing way. This clearly shows that it does not matter what we post, but what the viewer chooses to do with it."