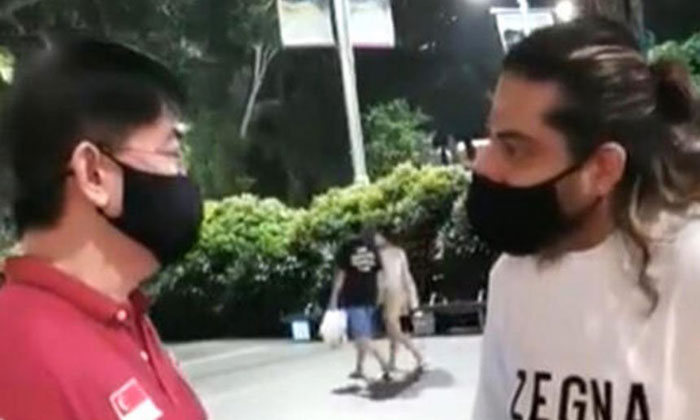 A man accused of accosting an interracial couple in Orchard Road on Saturday evening (June 5) and making racist remarks against them has been suspended from his teaching duties, said Ngee Ann Polytechnic (NP).

In response to queries from The Straits Times (ST), an NP spokesman confirmed on Monday that the man is a member of its staff.

"We take a very serious view of the matter as the remarks made by the individual are highly offensive, disrespectful and goes against our staff code of conduct and values as a community," said the spokesman.

ST understands that the man is an engineering lecturer at the polytechnic.

The polytechnic is conducting an investigation internally, and it is considering the appropriate disciplinary action to be taken.

The police said on Sunday that a 60-year-old man is currently assisting with investigations.

In a video that was widely circulated online, a Chinese man could be seen confronting an interracial couple, telling them that it was a disgrace for a Chinese girl and an Indian man to be together.

The video was uploaded on Facebook on Sunday morning by Mr Dave Parkash, whom the Chinese man accused of "preying on a Chinese girl".

Since it went online, the video has garnered more than 16,000 shares, with various MPs condemning the Chinese man.

Speaking to ST on Monday, Mr Parkash, 26, said that he was shocked by the encounter, but heartened by the overwhelming support from netizens, noting that a few of them have lodged police reports on the couple's behalf.

Mr Parkash said he had uploaded the video on the Internet as he felt compelled to raise awareness that such racism still continues to exist in Singapore, though he had not expected the video to go viral.

Mr Parkash was with his girlfriend, Ms Jacqueline Ho, 27, on Saturday night in Orchard Road when they were approached by the Chinese man, who said that it was a disgrace for a Chinese girl and an Indian man to be together, among other disparaging remarks.

Mr Parkash said that by posting the video online, he hoped that people will know it is "not okay to shame others based on their race and skin colour".

"We shouldn't normalise (such racism) and sweep it under the rug, but instead be brave and stand up against it," said Mr Parkash, who owns an ice-cream shop.

He said it was not the first time that he had experienced racism when he was out with Ms Ho, although this latest incident was particularly humiliating.

Throughout their seven-year relationship, there have been instances where people would look disapprovingly at them, said Mr Parkash, who regarded this as "subtle racism". 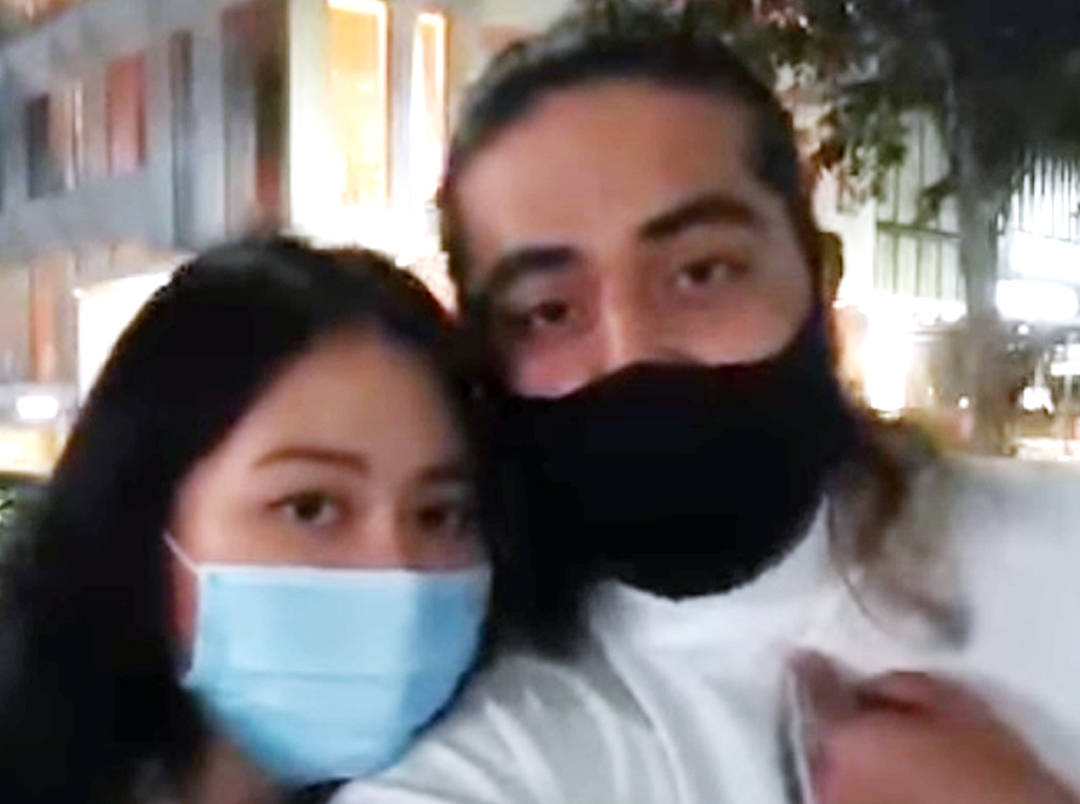 Mr Dave Parkash and Ms Jacqueline Ho have been in a relationship for seven years. PHOTO: SCREENGRAB FROM DAVE PARK ASH/FACEBOOK

He is of Indian and Filipino parentage, while his girlfriend, Ms Ho, a UX (user experience) designer, is half-Thai and half-Singaporean Chinese.

"It used to make us really uncomfortable, but over the years, we've learnt that we really are not doing anything wrong, and shouldn't let this bother us," he added.

Mr Parkash said that their parents had always been supportive of their relationship and were shocked to learn about the encounter.

However, they were glad that he had stood his ground throughout the confrontation, and that the stigma towards interracial relationships can now be discussed in the public sphere since the video has gone viral, he added.