Ng Eng Hen: Ben Davis is playing for Fulham as an English national, not as a Singapore citizen 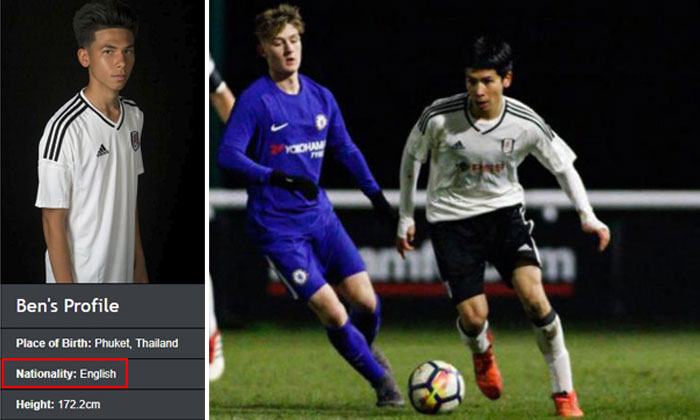 Footballer Ben Davis, 17, is playing for English Premier League club Fulham FC as an English national and not as a Singapore citizen, said Defence Minister Ng Eng Hen in parliament on Monday (Aug 6).

This was the first reason Dr Ng cited in his explanation of why the Ministry of Defence (Mindef) rejected the application for national service deferment made by the teenager's father, Harvey Davis.

Dr Ng posted a video of his explanation on his Facebook page on Monday at about 8.27pm.

I explained in Parliament why the application by Mr Harvey Davis for his son's deferment from National Service was not successful.

On Fulham FC's website, Benjamin's nationality is listed as English despite being said to be the "first scholar to hail from Singapore".

The second reason was that the senior Davis has "consistently refused to indicate when his son would return to serve National Service, if deferred".

Davis previously said the family was unable to commit to a date for Ben's return because of the chance that he could be offered an extension on his contract with Fulham FC in 2019.

Third, Davis had indicated that if Ben was not granted deferment, he would still proceed to sign the contract - as he has done so.

Ben had made headlines for being the first Singaporean to sign a professional contract with an EPL club on June 29.

However, he signed the contract despite Mindef rejecting his application for NS deferment on June 11.

"The application by Mr Harvey Davis for his son's deferment is to further his son's professional career first and to the longest extent possible," said Dr Ng.

Dr Ng added that Davis has been open about this.

"Singapore and her interests, including his son's NS obligations, are secondary considerations, if at all," he said.

"There has been no indication, commitment or plans as to how Mr Ben Davis would help football standards in Singapore, if deferred.

"To grant deferment to Mr Ben Davis to pursue his personal development and professional career would be unfair to the many others who have served their NS dutifully as required, and not at a time of their choosing.